Someone updated Man of Steel with color and it looks better

When Man of Steel launched in 2012, it brought Superman back to the big screen. At the time, The Christopher Nolan movies were enjoying great success with their darker take on Batman so Warner Bros applied that same dark tone to Superman.

Man of Steel was a decent enough movie, it featured a moodier looking Superman trying to find his place on earth which resulted in him fending off an invasion headed by General Zod. However, the film lacked the classic bright red and blue colors Superman is known for. So what would Man of Steel look like with its color restored? VideoLab actually went ahead and demonstrated in a short three-minute video comparison: 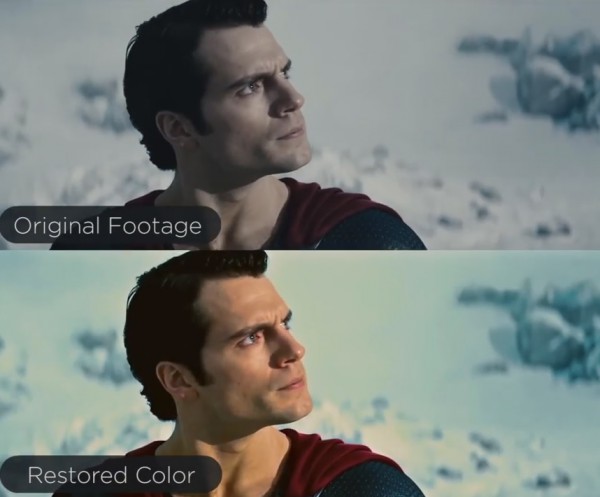 VideoLab notes that its final results were a bit over-saturated, which is due to the source footage already containing severe color degradation. If the source footage contained more natural colors, then VideoLab would have managed better results.

The actual suit used in Man of Steel was brightly colored but as the video points out, the dark aesthetic was added in during post-production. Either way, it will be interesting to see if this feedback will lead to any changes in future Superman films.

KitGuru Says: The difference between the original footage and the restored color version is pretty major. We don't normally cover movies on this site but this seemed pretty interesting, would you like to see a more colorful Superman in future movies?