The Syrian Electronic Army has hacked in to the official Skype Twitter account to accuse Microsoft of selling user data to governments around the world.

Once Skype regained control of its Twitter account it removed the previous tweets and left followers with this message: “You may have noticed our social media properties were targeted today. No user info was compromised. We’re sorry for the inconvenience”. 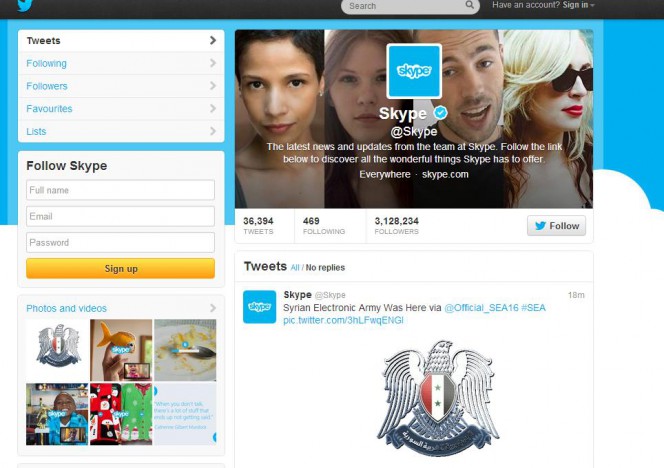 Obviously these accusations aren’t completely out of the blue, Microsoft has co-operated with government surveillance programmes in the past. Microsoft’s role involved giving the NSA access to user Hotmail, Outlook, Skydrive and Skype accounts as well as assisting the FBI in bypassing Outlook’s chat encryption which in turn, allowed the NSA to triple the amount of VoIP calls it could listen in on.

KitGuru Says: The Syrian Electronic Army seems to favour Twitter hacks but it’s unclear as to why it chose to target Microsoft first when other companies have helped the NSA in similar ways.