Peters left the room in order to address what was going on downstairs and came back to the stream a little while later in a pretty emotional state. He later sent out a tweet saying: “Got swatted during my stream. 10 cops pointed guns at my 10 year old brother when he answered the door. I'm shaking with frustration.. ” 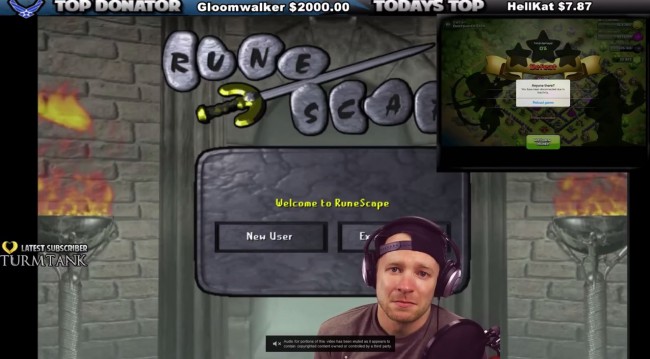 Later a video was captured and posted to YouTube of the streamer's message to the swatters, saying: “I see you posting my address. I had police point a gun at my little brothers because of you. They could have been shot, they could have died because you chose to SWAT my stream.”

“I don't give a s*** about what you have against me, or what I did to you. For that, I am at a loss for words. Your gripe is with me so let it be with me and do not involve my family in any way, shape or form with this. They don't deserve that.”

Right now it is not known who sent the SWAT team or exactly why. However, a 19 year old Las Vegas resident, Brandon “FamedGod” Wilson, was arrested in connection to a previous swatting last year, so it looks like the police are finally starting to crack down on the issue.

KitGuru Says: Swatting is a practice that seriously needs to stop. It is only a matter of time before someone gets hurt during one of these incidents. Fortunately, the police seem to be getting better at tracking down the culprits and arresting them.