Home / Channel / Amazon might be buying an Israeli chip maker

Amazon might soon be dropping another few hundred million on a hardware firm and this time it's to do with internals. Purportedly the deal is for a $370 million (£244 million) buyout of Israeli chipmaker Annapurna Labs, which will not only see Amazon take over the company, but also begin its own research and development within the firm's facilities.

Reported by Israeli paper Calcalist, it's said that Amazon and Annapurna are currently in the final stages of negotiations and a deal is expected to be struck shortly. Currently owned by businessman Avigdor Willenz and founded in 2011, the firm has has recently raised tens of millions in funding from the likes of ARM and the venture capital firm, Walden International. It also received some startup funds from Google's first investor, Andy Bechtosheim according to Ynet. 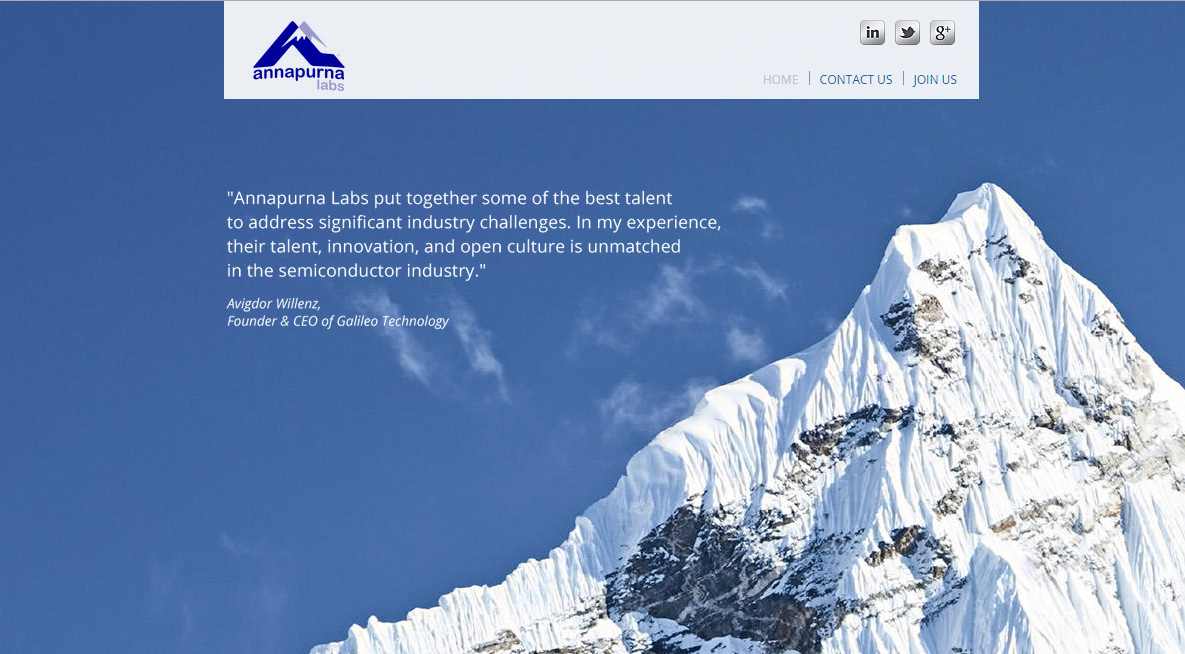 Maybe Annapurna could have invested a few of those millions in its barely functioning website.

Presumably if the deal does go through, Annapurna will begin producing chips for Amazon devices like its Kindle Fire and Fire Phone. That said, it could also use the chips internally with its massive server farms and datacentres as part of its cloud business. However, since the company has operated in near complete secrecy since its founding, it's not actually clear what products it makes or can offer to Amazon.

The deal will also be notable as the first time Amazon has invested heavily in an Israeli company, but will actually be the second chip manufacturer that Willenz has started and ultimately sold to an international corporation.

KitGuru Says: What do you guys think Amazon wants with Annapurna?