When it was announced back in 2012 that the Utorrent BitTorrent client was going to begin serving adverts, it wasn’t a particularly popular move. Despite that though, to this day they continue to be served in monstrous numbers. The latest count has the software’s parent company BitTorrent Inc., serving upwards of 200 million adverts per day.

This is an impressive number in its own right, even more so because it shows growth over the years. Back in 2013 we were shocked to learn that the software was serving five billion impressions per month, but a little bit of maths shows us that we’re more like six billion and change in 2015. 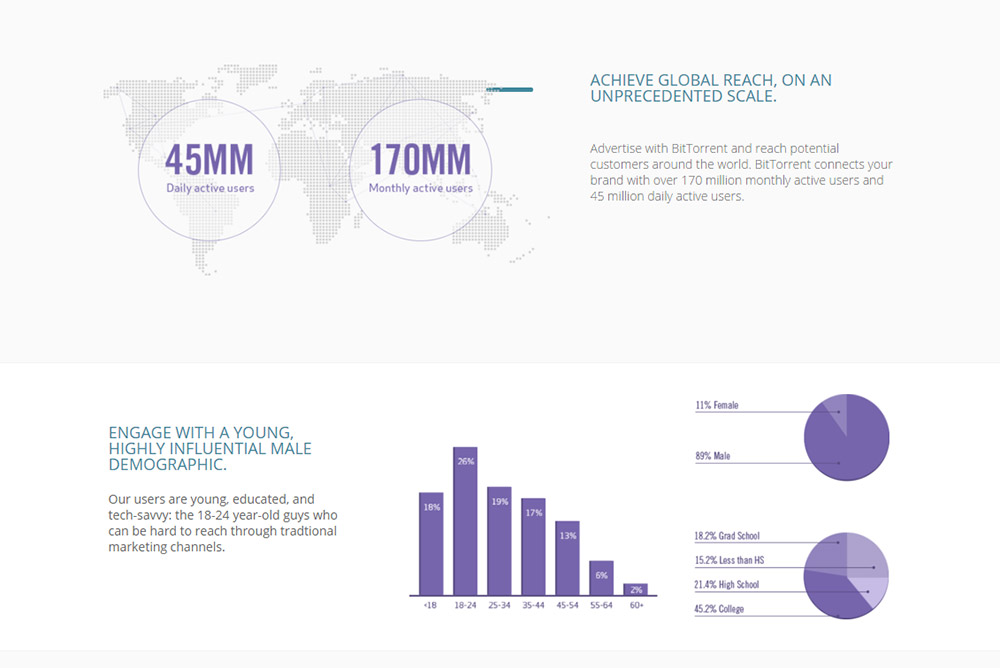 What’s perhaps more surprising though is that viewing adverts is an optional feature. Utorrent users can go into the options menu and turn them off, but most choose not to, as per TorrentFreak.

Of course despite serving so many adverts to its customers on a daily basis, it isn’t making much from them compared to other ad firms. While Youtube might be able to charge over a dollar per thousand impressions, BiTorrent Inc. is currently pushing its impressions at just seven cents per thousand.

If it manages to sell all of them it’s still making $14,000 (£9,000) per day, which is decent, but not exactly industry dominating. It’s all because of the platform too, with torrent’s links with piracy. Traditionally a cheap source of advertising like this that targets men, mostly aged between 18 and 24, 45 per cent of whom have college education, would be jumped on by high profile advertisers.

KitGuru Says: Do the Utorrent users among you have ads enabled in the software? If so, do you ever click them? Those ad rates are tempting for an author looking for a few clicks.