In the wake of the Edward Snowden leaks, where we learned that the NSA and GCHQ were spying on just about everyone, some responded with trust, believing that those in charge were doing so to protect our safety. Others doubted that people in those sorts of positions would abuse their power. Now an interesting parable has emerged, as it turns out that a number of Californian police officers are currently under investigation, accused of illegally accessing the phones of criminals they've arrested, in order to copy nude and revealing photos from their phone.

In a court document discovered by the ContraCostaTimes, was an admission from one officer that he and his fellow officers in California's Highway Patrol Unit, had been stealing nude photos from criminals' phones for years, often trading them among one another, much like the leakers of the recent celebrity nude images are said to have done.

Officer Sean Harrington, 35 has specifically confessed to two instances of taking the mobile phones of people he'd arrested for driving whilst under the influence (DUI), copying sexually suggestive or nude photos to his phone and then sending them to other members of the department. However it's been implied that many more officers were involved in similar antics and had been doing so for years. 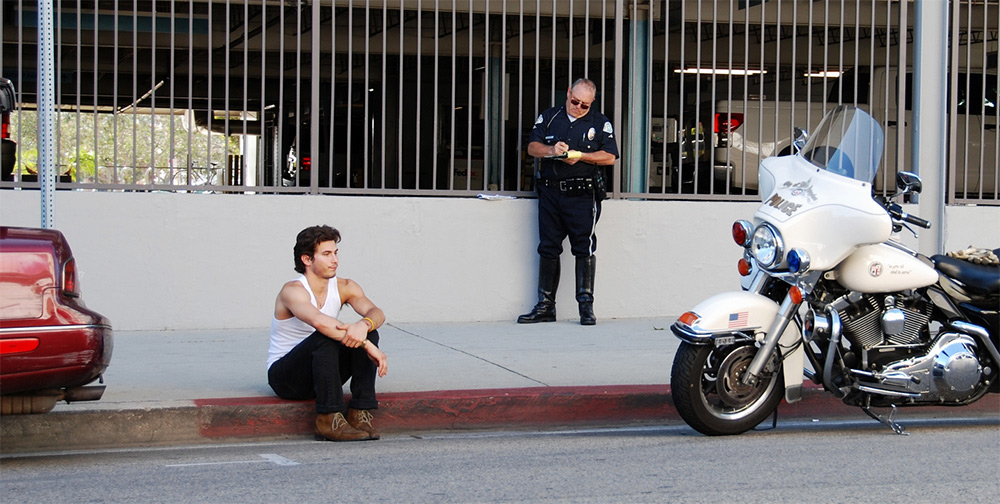 “Sir, I'm going to have to write you up for not being hot enough.”

Understandably, the higher ups have denied any knowledge of these actions: “The allegations anger and disgust me,” CHP Commissioner Joe Farrow said. “We expect the highest levels of integrity and moral strength from everyone in the California Highway Patrol, and there is no place in our organization for such behaviour.”

While the investigation is ongoing, Harrington and possibly one of his fellow officers have been placed on “administrative duties” and are not on patrol at this time.

KitGuru Says: This, combined with the fact that the NSA has confirmed its employees used its spying tools to look in on lovers and ex-partners, shows that this sort of invasive policing is too tempting a power too abuse.