The Eiffel Tower is one of the world's great landmarks and yet, like any other popular tourist destination and skyline attention grabber, it requires a lot of lighting and other systems that use a lot of power throughout the year. However now the French icon has become almost entirely energy self-sufficient, thanks to the installation of rain catchers, solar panels and wind turbines, all hidden among its metallic framework. 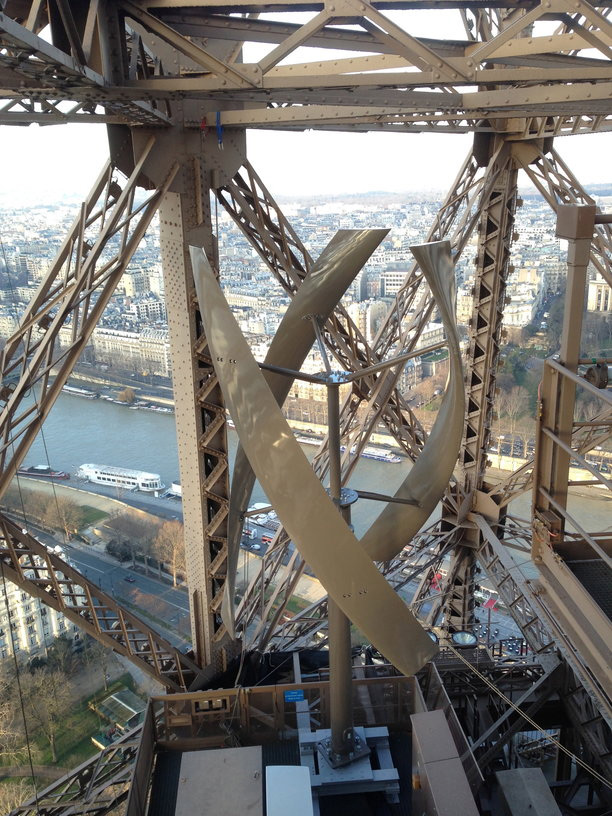 This is all part of a 30 million euro upgrade of the Eiffel Tower's facilities, which sees the twin Vision AIR5 wind turbines (that use a vertical axis, unlike the traditional windmill designs) providing up to 10,000 kilowatt hours of electricity per year, enough to provide power to all commercial areas of the structure. These specialised turbines are almost invisible, having been painted the same bronze colour as the rest of the Tower and fitted amongst the metalwork. They're almost silent too and can capture wind from any direction, making them very efficient.

For those taking a trip up the tower looking to spot them, they're located some 120 metres above the ground. 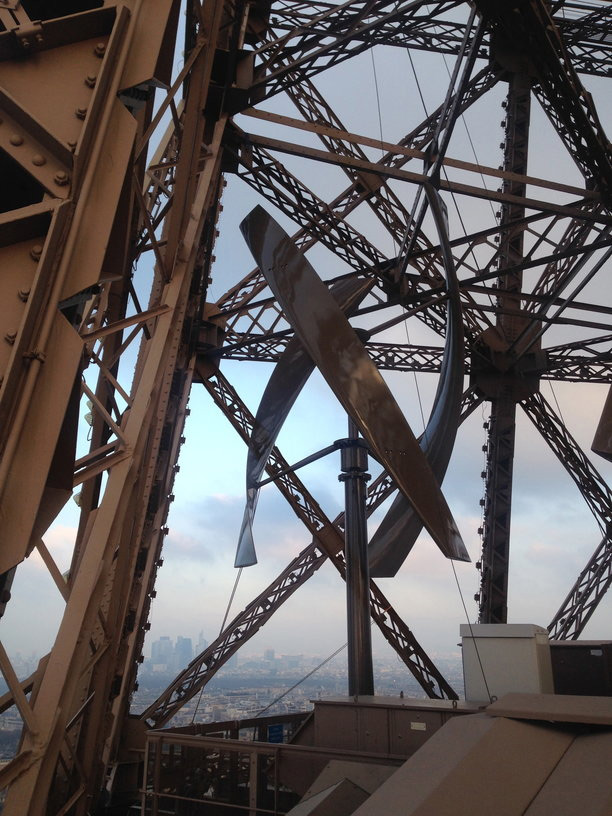 However the organisation in charge of the renovation, Société d'Exploitation de la Tour Eiffel, didn't stop there. It also installed new LED lighting throughout the Tower, improving efficiency and mounted 10 metres squared of solar panels on a visitor pavilion to provide up to 50 per cent of the tourist attraction's hot water. Finally, rain catchers have been added throughout the tower to provide running water for the flushing of public toilets, cutting back on the use of drinkable water.

KitGuru Says: Although pretty expensive, this sounds like a pretty good project considering the Eiffel Tower will no doubt be around for several centuries more. Future proofing its energy usage is a smart plan.

Previous Reddit to kill anyone’s nude photos if they ask
Next Android and iOS have a combined 96.3% share of smartphone market