Despite being one of the world's most valuable companies for the best part of a decade, it's taken a long time for Facebook to earn the kind of money that matches its valuation. Still as advertising on it has improved and it's increased its usage to more than a billion regular members, the money has been pouring in and now, for the first time ever, the social network has made a billion dollars profit in just the last quarter.

This is a massive jump, even for Facebook, which saw a 52 per cent increase in revenues throughout the final few months of 2015. In turn, profit grew by more than twice, working out to more than $1.5 billion year on year. Much of that is thought to be down an upswing in mobile usage, with more than 40 million additional users joining throughout the period, many regularly using their smartphone to access the site. 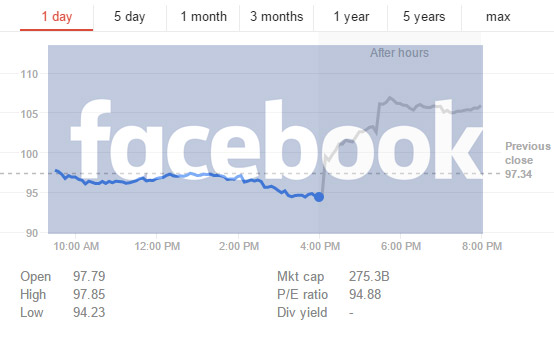 While previously doubt was cast on whether mobile advertising could take over from traditional streams, today Facebook makes the majority of its earnings from mobile revenue. It's also made big inroads in online video, pushing more people to browse content on Facebook itself, where more ads can then be served, rather than sending them to other sites.

At the news of Facebook's big earnings upswing, shares boomed by more than 13 per cent. The company's net value is now well in excess of $250 billion (as per the Telegraph).

KitGuru Says: You have to commend Facebook. It's faced monetisation problems in the past like other social networks, but has really made it work in recent years.

Previous Downing street too close to tech-firms claim critics
Next iPad Air 3 to have 4K screen, may launch in March