Tax avoidance is a difficult topic, not least because anyone that's ever filed a tax return through an accountant is likely engaged in it one way or another. However while many morally deplorable newspapers like to point the finger at rich individuals who have dodged tax on their several millions, many corporations that operate within the EU avoid far more. Google is the latest to take flak for its dodging schemes, managing to pay just 0.16 per cent tax on its revenue in 2013, despite earning over £13.5 billion.

And that's just Google Ireland Limited. The reason so much money is flowing through Google's Irish HQ, is because local law allows for a funnelling of liquid assets through other countries, ultimately to tax havens overseas like Bermuda. That leads to the firm in question, paying very little tax locally or in its home country. In Google's case, America.

This time however the big guns are throwing out accusations, with President Obama weighing in on Google's activities.

“This is basically taking advantage of tax provisions that are technically legal,” he said (via Wired). “But I think most people would say if you're doing business here, if you're basically still an American company, but you're simply changing your mailing address in order to avoid paying taxes, then you're really not doing right by the country and by the American people.” 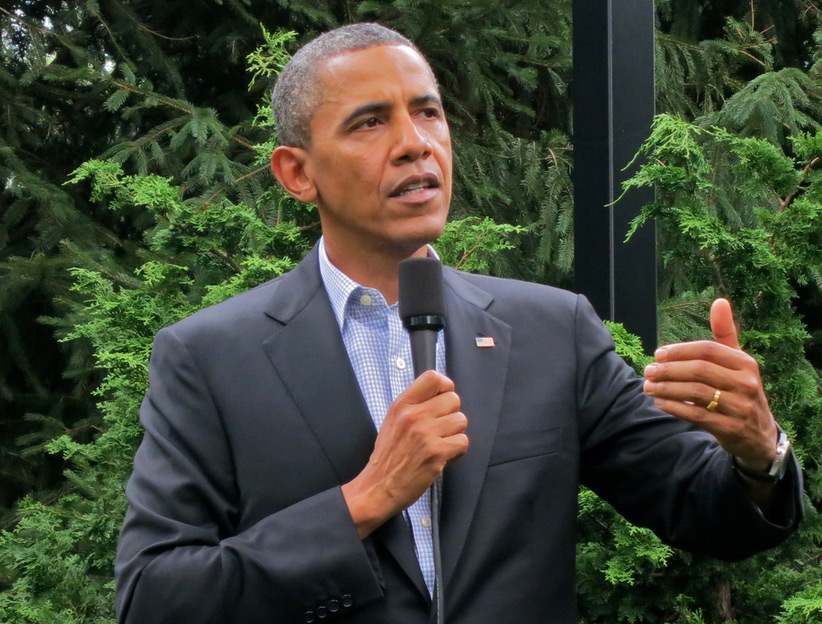 “Don't trust tech firms on tax… but uh, trust them, with your data!”

Google posted revenue of over $60 billion last year in the United States, but despite taxes for individuals being as much as 40 per cent if they earn over as “little,” as $400,000, Google only paid 15.7 per cent tax last year, due to its many avoidance schemes.

Obama admitted that nothing Google was doing was illegal, but that its avoidance was hardly patriotic: “People are paid to maximise profits, but are also paid to be good corporate citizens,” he said. “They're also paid to make sure that they're thinking about [that] in addition to shareholder value. How do you grow a company over the long term? And this kind of strategy, I think, undermines people's confidence in how companies are thinking about their responsibilities to the country as a whole.”

While Obama can hardly talk about confidence in American tech companies, having continued to push for mass data collection on his own citizens by those same companies, he has a point. It certainly seems like closing these sorts of loopholes would lead to masses of extra revenue for the government and theoretically a better society for individuals.

However, the counter argument there is that the reason companies spend so much time avoiding tax, is because it's high in the first place. If governments offered lower tax rates to corporations, they wouldn't spend so much money and time trying to avoid it and would pay a higher rate in the long run.

KitGuru Says: Any clever financiers in the KG readership? What's the best road for governments to go down in your view: high tax and tighter restrictions on avoidance, or lower rate and potentially a lack of the need for enforcement due to companies being more willing to pay?