Google signs up to go after torrent site advertising

Britain’s relatively newly formed Police Intellectual Property Crime Unit (PIPCU) has been making modest waves since it first appeared on the scene, stating that one of the fresh tactics it was going to bring to the war on piracy, was to try and eliminate advertising from torrent sites. In its mind, if you can name and shame advertisers from paying out to these sites, then the owners wouldn’t be able to operate or wouldn’t consider the return on their investment worth it. Clearly it’s ideals are having a knock on effect, as this week a new alliance is expected to be announced, with companies and organisations in Italy pledging to end adverts on pirate sites. One of those companies is Google.

PIPCU however isn’t heading the initiative. That honour rests with Italian media lobby groups Fapav and FIMI, which will make the announcement for the new group cooperative at an upcoming conference for the Interactive Advertising Bureau (IAB). Speaking with TorrentFreak, FIMI’s leader, Enzo Mazza said that it had been working with IAB for some time and that they jointly believed advertisers self-regulating was the best way to tackle piracy websites. 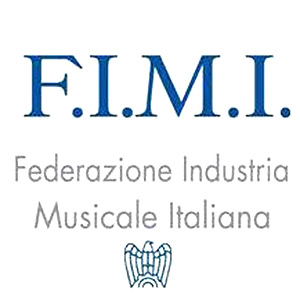 Oh good, a bird of prey in profile holding a circular emblem with its talons.

“IAB already educates marketers, agencies, media companies and the wider business community about the value of interactive advertising,” he said. “In our goal the agreement should promote a cooperation in order to implement effective measures to prevent ads being placed on rogue sites and to quickly remove any ads that are found to have been so placed.”

He even said Google has taken the lead with its own “follow the money,” system, which had now been brought in as part of the lobby groups’ general strategy for tackling piracy. Moving forward, Mazza said there are plans to attempt to audit companies that refuse to remove their adverts from sites that contain links to pirated material.

For now, FIMI and other groups are trying to push through a “Memorandum of Understanding,” to solidify its cooperation with companies like Google and to bring the government on board with the ideas of the group.

KitGuru Says: All this despite the fact that surveys continue to point out that legal alternatives are the best way to tackle piracy. Spotify certainly agrees.

Previous Evolve has three monsters, 12 maps and lots of new footage
Next Alienware reveals the specs of its Steam Machine