Theresa May will need to go back to the drawing board is she wants to try and force through the controversial Communications Draft Bill, otherwise known as the Snooper's Charter, as a High Court judge has ruled it unlawful in its current guise. The piece of legislation was said to be designed to help police forces combat terrorism, however in practice was a way to force ISPs and mobile providers to store data on their customers for up to a year.

Promised before the election and attempted to be delivered afterwards, the Snooper's Charter would have made it a legal mandate for broadband providers and mobile phone companies to store the content and metadata of every single user's emails, social networking messages, phone calls, gaming habits, texts and any browsing history for 12 months. May initially pushed for it during the last government, but the Liberal Democrats blocked it.

This time however the blocking comes from the Conservative former shadow home secretary, David Davis and Labour MP Tom Watson, who took the government to court over the matter. The pair were backed up by human rights lobby group Liberty, which has been beating the drum for greater privacy for citizens for some time now. 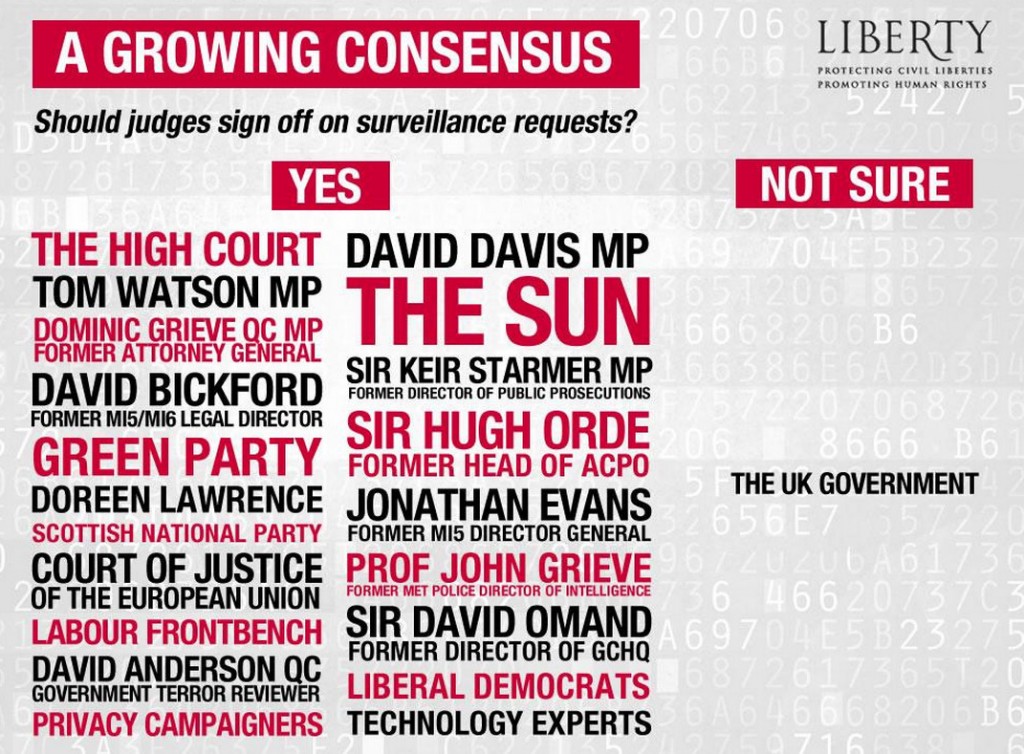 While the government and May have argued that repealing the act would reduce Britain's ability to protect its citizens, Lord Justice Bean and Mr Justice Collins saw otherwise, ruling that the bill contravened the European Bill of Human Rights – something the EU Court of Human Rights has already done.

They ultimately said that the vague wording meant that there are no clear cut rules on when the data collection is allowed and who can view it. However, they fell short of calling for the bill to be scrapped and have instead said that DRIPA can be maintained until 31st March 2016, to give the government time to adjust its policies.

Davis was not perturbed by this, stating in the aftermath of the ruling that (via Guardian): “What this means is that access by the police and other agencies to everyone’s data is too easy. It can can range from a politician giving permission [to intercept communications] to anyone in the next office. That’s against the law and it’s not either in the interests of privacy or security.”

“It’s the right judgement. It’s a measured judgement,” he said. “It gives no risk to security because the government has plenty of time to sort it out.”

KitGuru Says: Nobody is suggesting that the police shouldn't be able to read people's communications, if proper channels are used. If a warrant is received from a court, there's accountability. At that stage, stick cameras inside people for all that it matters. Just make sure that permission is granted from a relevant authority first. Oversight is necessary when dealing with the potential invasion of people's rights.