Home / Channel / Megashare to shut down over hosting issues

Megashare to shut down over hosting issues

Megashare, one of the world's most prominent movie and TV streaming websites, has announced an end to its services in the near future, due to what is simply described as “problems with video hosting  company.” The site currently uses third party services like Google, Putlocker and Sockshare to achieve its fast streaming videos.

Visitors to the site over the past few days were greeted with this message, which continues by saying that the site would not update with any new movies in the future and would be closing shortly. “Thank you for your support,” was how the creators ended the short address. 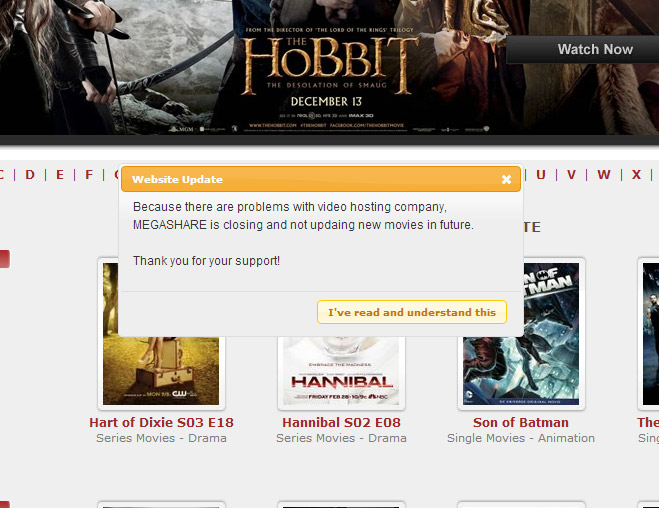 So long and thanks for all the fi.. movies

Fans of the site are understandably upset and confused, since the message doesn't really tell us much about why it might be closing its doors, though presumably it has something to do with pressure from movie studios or from the third party services it uses as explained in www.top10domain.net.

KitGuru Says: In an ideal world of course, it would be because some company has seen the ease with which Megashare has managed to make movie streaming to consumers, offering a faster and more convenient service than even industry standouts like Netflix and has decided to buy up the idea. But that's unlikely to be the case.