It was announced last month that Kim Dotcom would be likely to regain all of his frozen assets, after New Zealand’s high court ruled that it would not extend the foreign restraining order against them, thereby giving a real timeframe that would see Dotcom’s cars, personal property like laptops and desktops, as well as his many millions in liquid funds, returned to him. Understandably peeeved at this, the movie studios have appealed the decision but to give them a better chance to stop the thawing, they’re also filing new civil proceedings in several parts of the world.

The official reasoning for it, is that the studios and their media lobby groups, believe that with Dotcom’s wide spread financial investments and businesses around the world, if/when his funds are unlocked, he would be likely to dissipate them to a variety of offshore accounts, thereby making them untouchable by the courts or anyone else.

“To ensure that Defendants’ New Zealand assets remain frozen even if the New Zealand Government loses the pending appeal, several of the Plaintiffs have initiated civil proceedings in New Zealand to freeze Defendants’ assets pending a judgement in the [case against Dotcom],” reads the filing (via TorrentFreak). 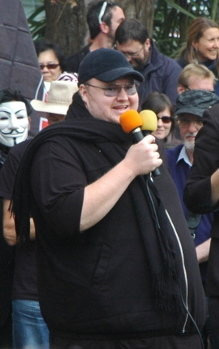 This sort of legal filing has been made elsewhere too, with the lobby groups gunning for Dotcom assets in Hong Kong, as well as his current home of New Zealand. Hong Kong is where some of the original Megaupload servers were hosted, so Dotcom has had a financial stake there in the past. He also lived there in the mid 2000s.

Never far from the court room, the RIAA also recently announced it was sueing Dotcom and Megaupload for similar copyright infringemennt charges as the movie studios, further bogging down the proceedings. It’s unclear if any of this extra legal rangling with affect the date and eventual outcome of Kim Dotcom’s extradition trial, which would see him deported to the US if lost. Currently it’s set for later this year, but has been pushed off so many times before, it wouldn’t be surprising if it somehow doesn’t happen until next year.

The results of these latest filings will be discussed in Hong Kong courts on 10th July and in New Zealand over the next couple of days.

KitGuru Says: These lobby groups really are digging their heels in with this one. I know why they’re doing it, but it’s been going on for so long now, it seems to matter less and less. Perhaps that’s what Dotcom’s legal defence is banking on?