Long standing New Zealand politician, John Banks, has been found guilty of deliberately concealing the source of donations during his mayoral campaign back in 2010. He's set to be sentenced on the 1st August, shortly before the general election, so will see out his current term as the only seated member of the ACT party, but faces a potential $10,000 (NZ) fine and up to two years in jail.

This all stems from Banks' 2010 campaign to continue his role as mayor of Auckland. At that time internet entrepreneur Kim Dotcom's company, Megastuff donated $50,000 NZ (£25,000) to his cause. However, due to the somewhat negative image of Dotcom at the time, with his reputation as a hacker and playboy, Banks chose to keep the donation a secret and had it listed as “anonymous.” Under New Zealand law this is entirely illegal and he's now been convicted of it. 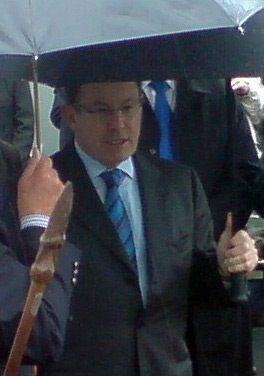 However, as you might expect, Banks' legal team is set to appeal the decision and actually managed to garner a delayed conviction which is what's allowing him to see out his term of office until sentencing – or until his appeals process exonerates him.

It is perhaps ironic that Dotcom's actions are causing the downfall of such a politician, when his own political star is on the rise. Having recently launched The Internet Party, he managed to secure an alliance with the local MANA party, practically guaranteeing their new cooperative Internet MANA party a seat in the next parliament.

KitGuru Says: Banks obviously wasn't embarrassed enough not to take the donation. Isn't it amazing also that despite his conviction he's able to stay in office? Other professions wouldn't be so forgiving.