Nvidia's annual day of giving back to the community, known as Project Inspire, has once again drawn hundreds of contributors from Nvidia staff, friends and family, as they invest time and more than half a million dollars in a local school.

Project Inspire is Nvidia's version of a Christmas/Holiday party and has been a yearly commitment for Nvidia and its partners for the best part of a decade. Over that time it's directed more than $6.6 million into schools in the San Francisco Bay Area and this year was no different. 1,650 volunteers assembled at the Oak Grove High School in San Jose, California, to help give a fresh lick of paint and install new facilities at the school. 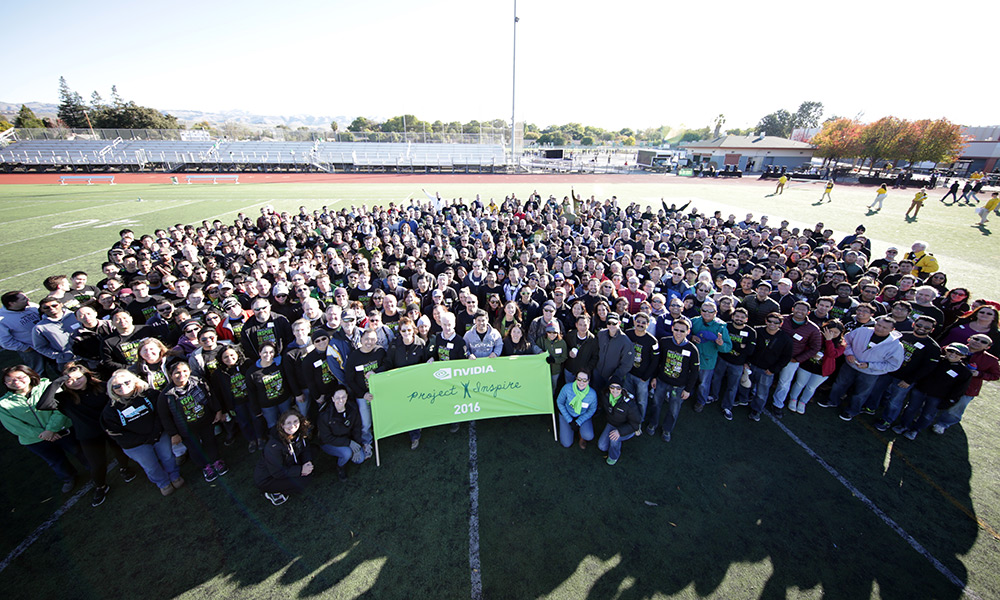 The school has around 1,800 students, speaking as many as 33 languages between them, so this year's project looked to not only give the children and staff there a better school, but one that celebrated all the diversity that it has to offer.

KitGuru Says: Even if you take the super-cynical tack and suggest that this is purely a marketing effort by Nvidia, it's still a great way to go about it. Good job green team.