Easily competing for this year’s most hated person, Martin Shkreli drew a lot of disgust when his company purchased rights for an aids treatment drug, only to hike its price by 5,556 per cent to more than £500 a pill in the U.S. However he also drew attention from federal authorities, which soon after led to his arrest for securities fraud, and now many of his business ventures are collapsing in the wake of the scandal.

The next company to feel the heat of his fall is KaloBios Pharmaceuticals, Inc, a firm headed by Shkreli while he was in charge of Turing Pharmaceuticals. That company has now been delisted from the NASDAQ stock exchange and its CFO and accounting firm have resigned (as per Ars). 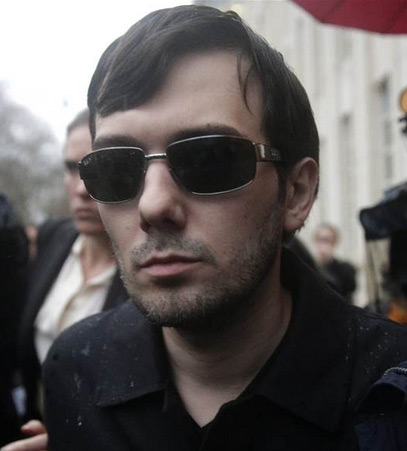 What a cool guy.

KaloBios did attempt to distance itself from Shkreli’s bad image and ongoing legal troubles by firing him as the company’s CEO and Chairman earlier this week. This turned out to be too little too late though, as NASDAQ authorities had already sent a letter informing the company that it had been delisted on the 18th December – at least partially because of Shkreli’s actions.

The man’s involvement with the company began in November, when he bought a controlling stake; it was going through financial difficulties at the time. He then pushed to license one of its drugs which helps combat a nasty parasitic infection common in South America, leading many to believe he would soon increase the price dramatically, as he had done with previous pharmaceuticals.

Fortunately, it seems the authorities weighed in and diverted his attention to ongoing legal issues before anything like that could happen.

KitGuru Says: If you want to look Shkreli up, he’s often streaming League of Legends and similar on Youtube under his own name.