There’s a big anti-pornography campaign going on in the UK at the moment, with David Cameron using it as a way to curry favour with Chinese investors, media lobbies as a way to get more proxies and pirate sites blocked and the cries of “think of the children,” being used once again to censor the internet. But campaigner Jerry Barnett, who runs Sex and Censorship, thinks that lobby/regulatory groups like ATVOD, are also hoping to make money out of the whole situation.

“I know ATVOD very well and it is first and foremost a money making venture,” Barnett told Wired. “It’s quite a clever setup that has tax rating powers to regulate video on demand and they’ve decided to extend the definition of that far beyond other European countries. Its job should be to look at TV-on-demand services, like 4OD, but ATVOD has decided to massively stretch the definition to cover any site with video on.”

Indeed ATVOD’s responsibilities aren’t really supposed to extend beyond television, though technically it’s played with that to the point it can apply it to ‘TV-like’ platforms. It also has powers to crack down on hate speech or content that could be considered a corrupting influence, though seemingly as with all British up-tight law making, it’s vaguely worded, as corruption on a moral scale is far harder to measure. 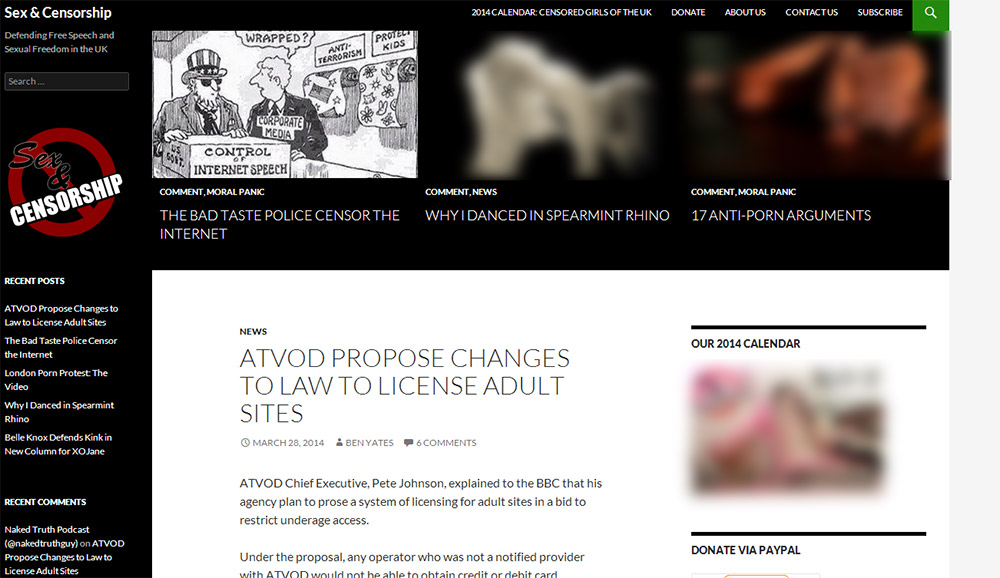 However Barnett still believes that ATVOD is simply using these extended definitions of its powers to curry more of it, with hopes it’ll be given extra regulatory powers and therefore funding.

“ATVOD has turned itself into lobbying organisation,” said Barnett. “It’s lobbying for laws that will empower them and stop them being irrelevant, to put it bluntly. It has already chased UK companies.”

Barnett believes that as well as encouraging parents to take a stand in regulating what their children view online – parental filters having been available for years from third parties – education is the way forward, suggesting that you can mitigate a lot of the issues pornography can cause if you can at least explain to your child what it’s about. Better yet, talk to them about it before they watch it.

However CEO at ATVOD disagrees that his organisation is taking the wrong tack, insisting that it isn’t trying to build a power base and is simply wanting to protect the British public’s children.