And yet in the UK at least, those rights are being eroded. In recent years, obscenity has become the new scapegoat for many changes to the law which have gradually chipped away at the rights of individuals and businesses to view and produce pornography. It's now gotten to the point that on the 1st December, the Audiovisual Media Services Regulations 2014 came into play, which makes many sex acts illegal to film, including (but far from limited to) female ejaculation, spanking, and face sitting (more comprehensive list here). 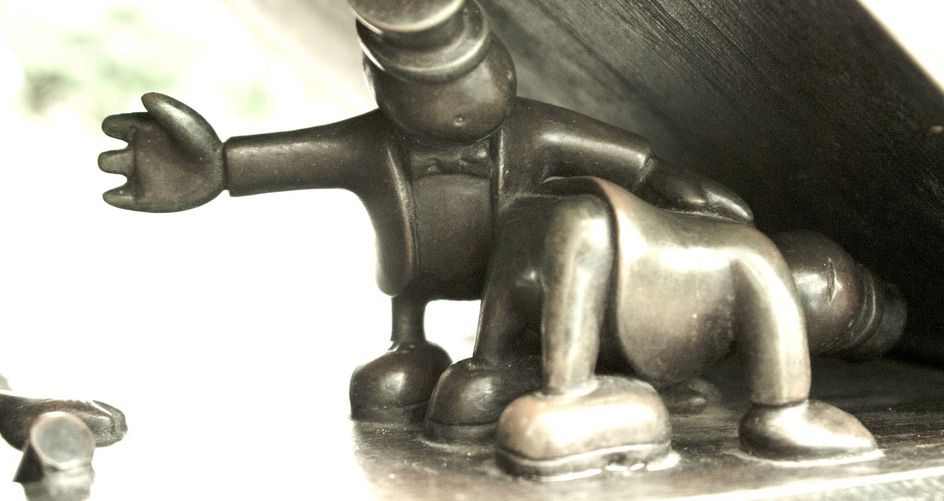 If that seems ridiculous to you, you're not the only one. Fortunately it won't affect consumers, but it does make it illegal to make that sort of content, which essentially means if you're in the middle of it and flick a camera on, you're breaking the law.

Of course though, none of this is news to those have been campaigning in an attempt to halt this progression of restrictive legislation, like Sex and Censorship's Jerry Barnett. In the wake of this recent ATVOD law being passed, we reached out to him to discuss the current state of pornography legislation in the UK and how it impacts our freedoms and basic human rights.

“There's a message that goes throughout government and regulators, that British parents are irresponsible and are failing to protect their children, and therefore they need to do it for us,” he said, when asked about the new legislation.

“There's a spectrum of pornography, but the only line to be drawn is between consent and non-consent,” he said. “As long as everyone on camera has agreed to what's going on, that's a very clear line. Organisations like ATVOD, OFCOM and the BBFC, are drawing lines in a completely arbitray manner.” 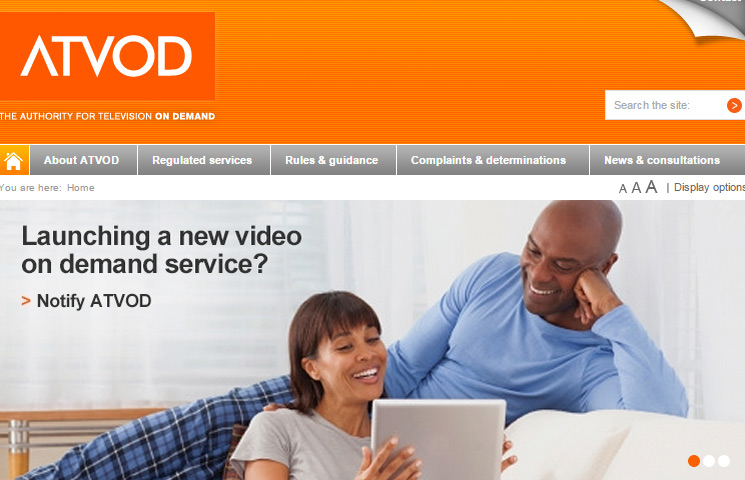 “Isnt' life better now we're being told what we can watch dear?

ATVOD is the group that has managed to push through the latest regulatory changes, giving itself much more power as the body that polices video on demand – though it recently extended its own (loose) definition to cover websites as well. It's reasoning for this latest crack down on pornography in the UK, is the same line that's toed by many groups that push to censor anything: ‘won't somebody think of the children.'

The specific power ATVOD has, derives from the EU's AVMS Directive, which states that: “if an on-demand programme service contains material which might seriously impair the physical, mental or moral development of persons under the age of eighteen, the material must be made available in a manner which secures that such persons will not normally see or hear it.”

“Sexual expression is the canary in the coal mine,” Barnett said. “This is a general campaign by ATVOD to try and take control of the internet, which has been ongoing for several years.

“What this does is create an atmosphere for stronger censorship, so ATVOD can now go and lobby the government and say all these millions of sites break UK law, we need ways to attack them.”

If this is all sounding quite familiar, it's because it's almost identical to the way the government has handled complaints and lobbying from groups like the MPAA, BPI and RIAA when it comes to piracy. All of them have managed to secure block orders against torrent websites, regardless of how much legal content they host. That too is an infringement on freedom of speech and expression. It's censorship and here, ATVOD is trying to do the same.

“All of these groups would like some way to add a site to a block list much faster,” said Barnett. Whether that will come to pass remains to be seen, but he's convinced that in the mean time we'll see sites having their ability to advertise pulled and eventually, a black listing of their URL.

When I put this to Mr Barnett he agreed that there wasn't some Illuminati-like group behind it all, but suggested that that didn't make it any less dangerous.

“At the individual level it's people worried about a particular issue, but when you look at the bigger picture, there's certainly coordination between the grass roots groups that create a moral panic and regulators and people in government that pass laws,” he said. Adding, “There are absolutely people with a vested interest that know what they're doing.”

Except nowadays it's barely cited.

“The obscene publications act is used less and less now, because juries look at this stuff and don't judge it as obscene, making it very hard to get a prosecution,” said Barnett. “This is why the state has been introducing new laws which don't rely on a jury to decide, leading to more and more draconian censorship laws.”

All of this seems especially bizarre from a political stand point. Wasn't it just a few years ago that David Cameron was talking up the idea of a “big society,” with less government involvement. Apparently though, this is just business as usual for the Conservatives: 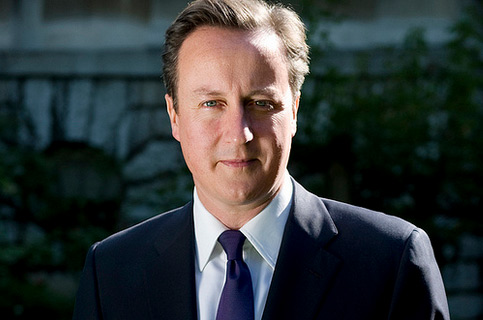 Barnett doesn't seem to have any political allegiance however, as during our hour long chat he slammed most politicians, suggesting that the majorty of them were naive and bowed too easily to moral panic. Specifically, he said that Labour had lost most of its libertarian qualities. “Which is a shame,” he said, “because it led a lot of the sexual revolution of the 20th century: decriminalising homosexuality, abortion, contraception and that kind of thing. That element of the left appears to be dead and if anything, modern day Labour is more socially conservative than the right, which is a very strange situation to be in.”

When I asked him if there were any parties that could be held up as examples of pro-sexual freedom, he highlighted the Pirate Party UK as being very for evidence based policy in all respects. Unfortunately though, as he pointed out, it's support base is far too small to consider it able to enact much change in the short term.

What Mr Barnett did believe could and should change in the near future, was sexual education. That, according to him, was how we avert many of the “problems” people associate with pornography.

“We have some of the worst sex education in Europe. It's so backwards that instead of better educating children, we try and censor the internet,” he said. “I do agree that we should be wary of children learning all about sex from pornography, but if you let children get to puberty without teaching them about sex, then that's what's going to happen.”

Barnett would like to see age appropriate sex education start much earlier, perhaps taking cues from other countries around the world which have a much more liberal view of sex. He was also keen to see education based around consent and mutual pleasure.

“Children should absolutely be taught – in sexual education and otherwise – that you cannot do something to someone else without their consent.” 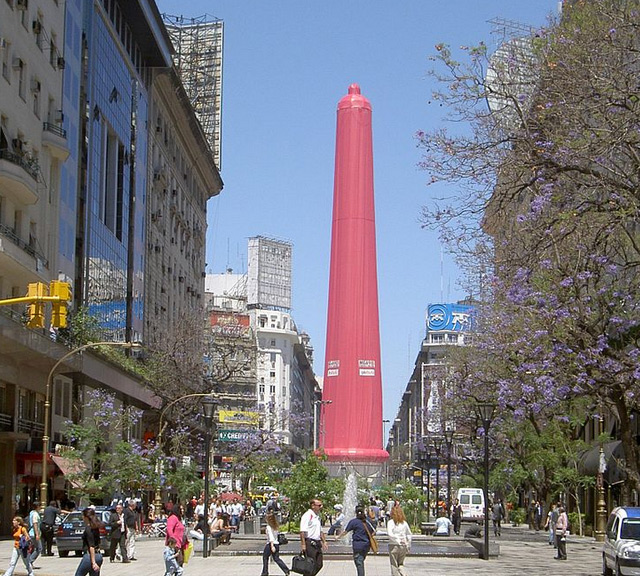 Other country's take it far more seriously. This is Argentina's giant ‘condom' to bring awareness to World Aids Day 2005

Whatever change we do make though, we need to take responsibility for our children's sexual attitudes and not blame pornography: “When kids hit puberty they become sexually interested and if they haven't been educated by then, then you haven't done a good job of parenting,” he said.

Of course this is the big crux of the argument, who's responsibility is it to manage young people's access to pornography? For Barnett, it's for the children's parents to handle.

“There are mechanisms to protect children and there always have been. ATVOD is very good at avoiding this issue: parental control software has been around for the better part of two decades, and it's getting better and is built into smartphones and tablets. If parents want to protect their children they can.

“For me personally, I don't feel it's necessary to implement parental controls on the machine of someone who's 14,15, but that's for parents to decide,” he added.

He went on to say that this is quite a common feeling among parents, with most giving their teenage children free reign on the internet.

“Parents aren't as scared of pornography as the newspapers and government tell them they should be and polls indicate that,” said Barnett. “Parents don't tend to block their teenagers' access,” he said, but pointed out that OfCom and other groups class those teens as children, which is why the regulators can make it sound like parents are being irresponsible and therefore recommend larger government oversight.

And it feels like such a shame, as in the government's red-mist of ‘protecting' the children, it's actually acting in a very sexist manner, which is likely to do more harm to the way people perceive women than pornography every could.

“If you look at webcams,” he said, “there's no middle man. That's self employed women connecting directly with the customer.”

Ultimately, Barnett sees ATVOD and the government's recent actions as a misguided but deliberate crackdown on female independence.

“Throughout history there have been swings against female nudity,” he said. “There's a recurrent idea that female flesh is dangerous and insights men to do bad things.

“In the past they would have said female sexuality brings the devil into your heart, whereas today they would describe it as objectification. It's just a more modernised form of non-evidence based arguments.” 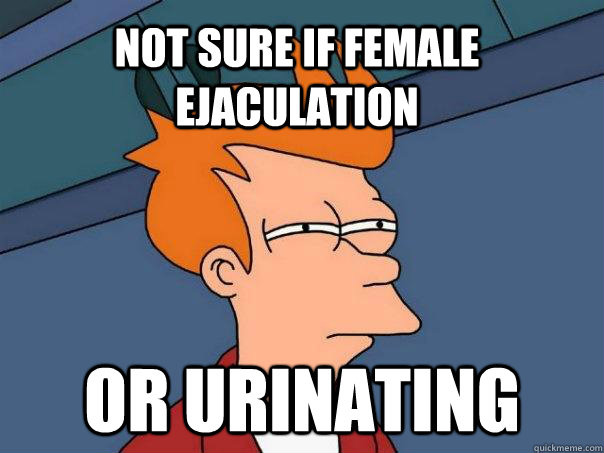 “Culturally, we need to establish that bigotry against sexual women is as bad as any form of prejudice,” he said. “Racism, sexism etc. Slut shaming is just incredibly common and acceptable and that needs to stop. Women should be allowed to be sexual beings if they want to.

“From a legal point of view, there's loads that could be done though. We have a whole raft of stupid laws we don't need. In the long term, I'd like to see a first-ammendment type law, which would actually protect free expression in the UK. As it stands, it's always in favour of censorship and that needs to change. It should be illegal to censor unless you can come up with a good argument for it.”

He closed on a warning however, stating: “This anti-porn panic is going beyond that and becoming a generalised witch hunt which goes far beyond sexual expression, targeting page 3 and the banning of offensive speech on university campuses.