As much as Edward Snowden has been a popular public figure over the past couple of years after he revealed the depths of intelligence agency spying in America and around the world, he’s had to live in relative hiding within Russia since. While he’s made the odd video appearance at conferences and events to discuss personal privacy and encryption, Snowden hasn’t been very reachable. Now though you can tweet the man directly, as he has a verified Twitter account.

Announcing his presence on the site with a “can you hear me now?” notice, Snowden then took to answering tweets from a fan of his, renowned astrophysicist and presenter, Neil Degrasse Tyson. 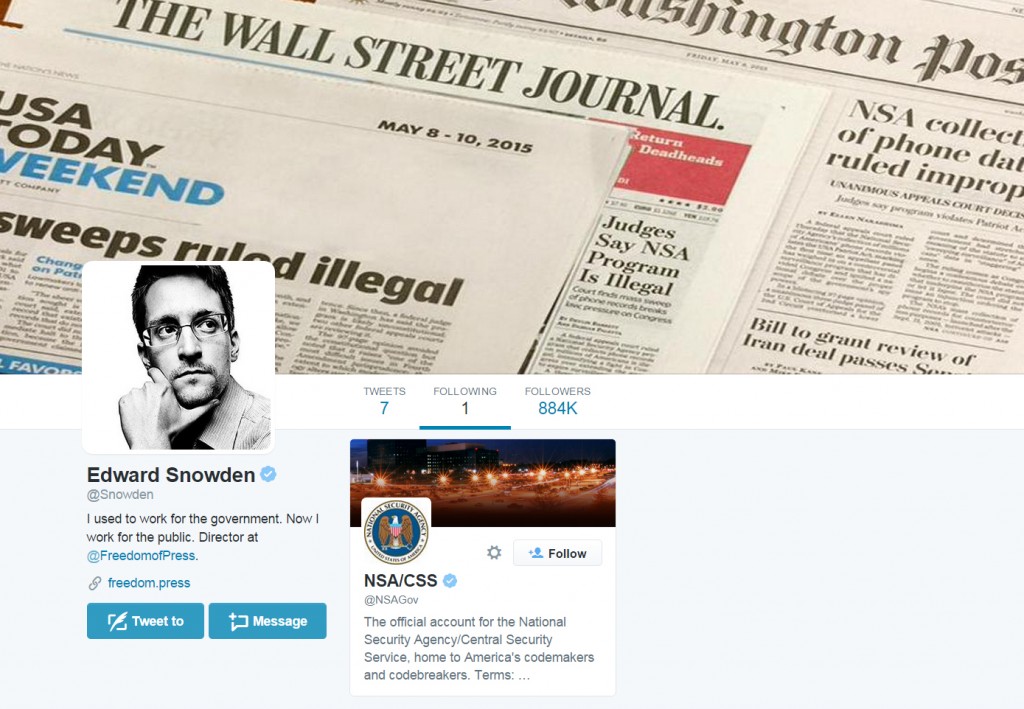 Snowden certainly has kept his sense of humor

Tyson welcomed the exiled whistle blower to the platform, before asking him what was keeping him busy day to day. Snowden highlighted his work with a press freedoms organisation which is currently working with The Intercept, an online news source edited by Glenn Greenwald, who initially released some of the documents Snowden spirited away from the NSA.

.@neiltyson Surveillance never sleeps, and secret projects @FreedomofPress are keeping me busy, but I still find time for cat pictures.

The pair continued their back and forth, with Tyson asking what Snowden thought of the labels people tagged him with. Names like traitor. Snowden answered that they were mostly unimportant (including the good ones) and that he wouldn’t allow any of them to halt his progress.

Tyson continued to geek out at the exchange, thanking Snowden at the end for championing free speech.

Ed @Snowden, after discussing everything from Chemistry to the Constitution on #StarTalk, you're a patriot to me. Stay safe.

Snowden’s last message to the world was a fun poking at the NSA’s expense, stating: “Meanwhile, a thousand people at Fort Meade just opened Twitter.”

KitGuru Says: Are there any particular questions you guys would like to ask Snowden? If so, give it a shot, you never know, he may answer.