With the general election just over a month away, politicians and their parties have spun up the rhetoric machines and begun knocking on doors around the country, hoping to win over their constituents. But while the likes of Ed Miliband and David Cameron slug it out in the press and on TV, the Trans Atlantic Trade Partnership (TTIP) threatens to make the election rather redundant, as whoever gets into power, may find themselves unable to act because of the corporate backing trade agreement.

While proponents of the bill like to extol the virtues of allowing trade throughout the EU, between it and the US and how that could lead to billions of new revenue for everyone involved, there are real concerns that it could cripple governments and make entire countries essentially hostages of giant corporations. 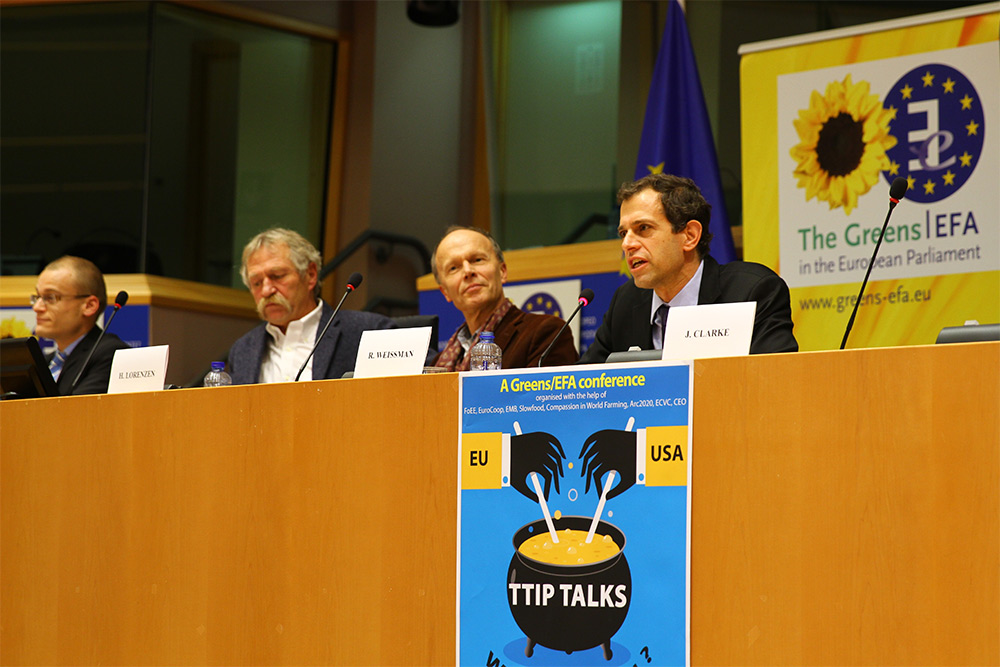 No, I don’t know why the logo for this is black, pointy hands stirring a witch’s cauldron.

The problem comes from the fact that TTIP would make it perfectly ok for companies to sue governments for loss of profits, related to legislative changes. So for example, if a newly elected PM were to try and re-nationalise sections of the NHS, the private health firms could sue the UK. As Vice points out, good luck changing cigarette packages to bland, standardised card, as those companies who feel their profits were impacted will be able to sue too. Green energy might cut coal and gas profits, time to break out the lawyers as the UK needs to pay.

If this all seems a bit far fetched, it’s already happened elsewhere where these sorts of agreements are already in place. In Australia, where an “investor-state dispute settlement” clause exists in a trade agreement with Hong Kong, the government was sued for discouraging smoking. In other parts of the world, governments were taken to court over disallowing strip mining in rainforests and wildlife reserves.

While those pushing TTIP – including all major British parties – state that none of this will occur, since ISDS wording will be tight enough to avoid it, it doesn’t really matter what they say, as once the regulators and courts are allowed to decide the outcome, politicians won’t be able to argue. At the very least, this could cost the government millions in fees, defending itself from corporate legal action.

KitGuru Says: It always depresses me when there is unanimous support for stuff like this from all major parties, as it suggests collusion on a level that makes the political process feel redundant.