Despite being ostensibly focused on trade and championed by many politicians as a bold move which would see prosperity among all nations that take part, the Transatlantic Trade and Investment Partnership (TTIP) could have a devastating effect on environmental protection. The U.S. driven legislation would change the law on pesticide usage and give America a say in food safety standards in the EU.

The TTIP is a secretive trade deal that has been in the works for years now and if it wasn’t for leaks we wouldn’t have heard anything about it until it was pushed through. Fortunately, much like the Trans Pacitic Partnership, several organisations have leaked drafts of the deal, letting us see just how devastating it could be.

Doctors in the UK previously warned that the TTIP has the potential to destroy the NHS, but now Greenpeace has lashed out by leaking further details related to environmental protections. Although TTIP is painted as a bill to improve trade between the U.S. and EU countries, it is far more reaching than that narrow focus. In-reality it would also impact many environmental protections. 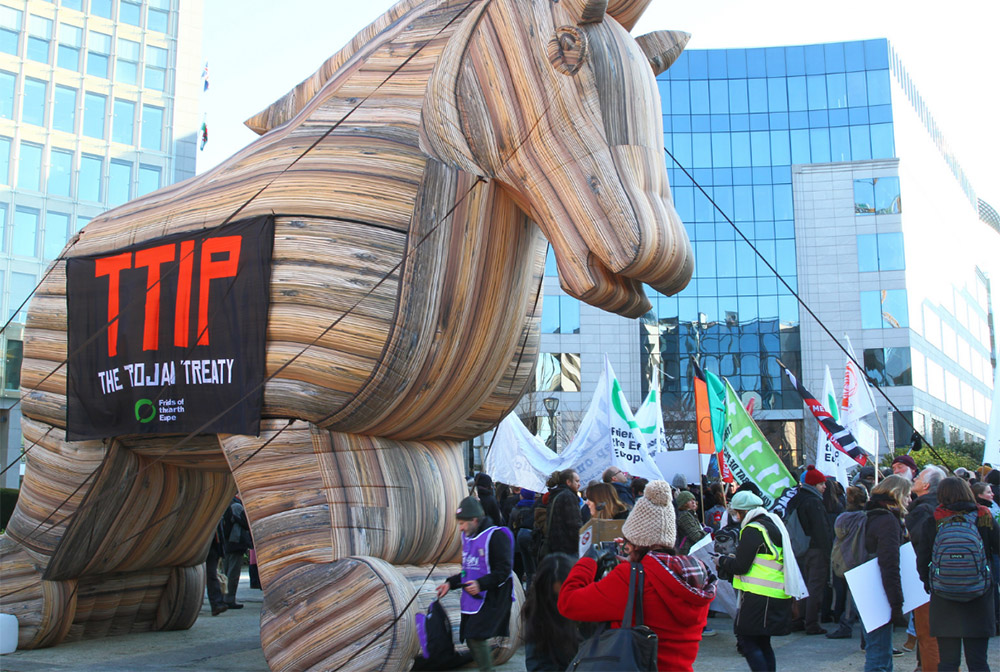 For starters, it would reduce stricter protections in the EU when it comes to the use of pesticides, something that is far more lax in the U.S.. It would also bring America’s opinions to the table when it came to the protection of environmental or public health with the use of such chemicals.

Food safety could also be affected, with the U.S. pushing to allow for trading of potentially GM contaminated foods, which is currently banned due to concerns of cross pollination. Other concerns include extensions of copyright law, an erosion of personal privacy online and most worryingly, companies could sue governments if they were denied profit through legislation.

The more egregious instances of this have already played out in some nations, like in the case of Australian mining firm, OceanaGold, which sued El Salvador’s government for preventing it from mining in an area that would have destroyed the natural habitat.

Fortunately at least, it seems the EU and U.S. negotiators are at odds over many of these measures, which suggests that the process of pushing it through its secretive tribunals is not running smoothly.

KitGuru Says: I hope as the leaks continue to embarrass those taking part in these negotiations, they’ll just scrap it. But it may require a SOPA/PIPA-like campaign to bring it to a halt for good.