Republican presidential candidate, Rand Paul, went after fellow senators that backed mass data collection yesterday during a Homeland Security and Governmental Affairs Committee meeting, where he accused the government and federal authorities of building in an “institutional bias” by sidestepping the warrant system. 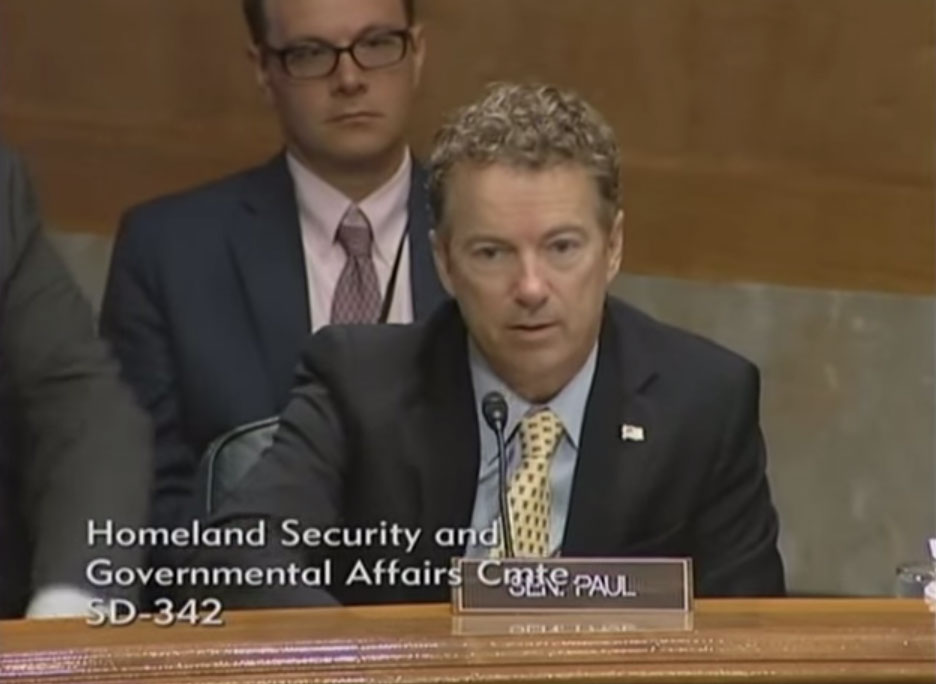 Paul is also known for his filibustering, which saw him delay a vote for a new CIA director in 2013, by talking for almost 13 hours

The big argument Paul put forward in his speech, was that the legal and police systems needed to be separated, forcing authorities to acquire a warrant in order to effectively spy on individuals. To highlight why that's important, he drew comparisons with periods in America's past where that oversight of different authorities wasn't in place and it led to the spying on of some of history's most important champions of liberty, like Martin Luther King.

The same was happening now he said and it was the reason so many companies and individuals were looking to effective encryption techniques to hide what they are up to, not because they are committing crimes, but because they value their privacy.

He did step back from suggesting that all citizens around the world should be afforded such protection from its own federal investigative bodies, making sure to highlight that Americans should be protected in that way. However, he did highlight that the economic impact of government surveillance was far further reaching, with “billions” lost to industry because people around the world don't want the American government or its federal authorities spying on them – so they choose to use non-US tech companies.

Paul announced his intention to run as a presidential candidate for the republican party earlier this month. While he's been hit by some criticism for joking that he didn't want to stop off in Baltimore at the moment, he has received strong financial support, which is often an indicator for success in US politics.

KitGuru Says: For those that like to watch bumbling senators attempt to respond to something they don't understand, Jeh Johnson's in the above video is a doozy.