Last week Vice debuted a trailer of founder Shane Smith’s sit down with US President Barack Obama, hinting at some of the topics that they had discussed earlier in the week. Now the interview has been released in full, touching on everything from climate change, to political gridlocks and even on the potential for legalising cannabis. 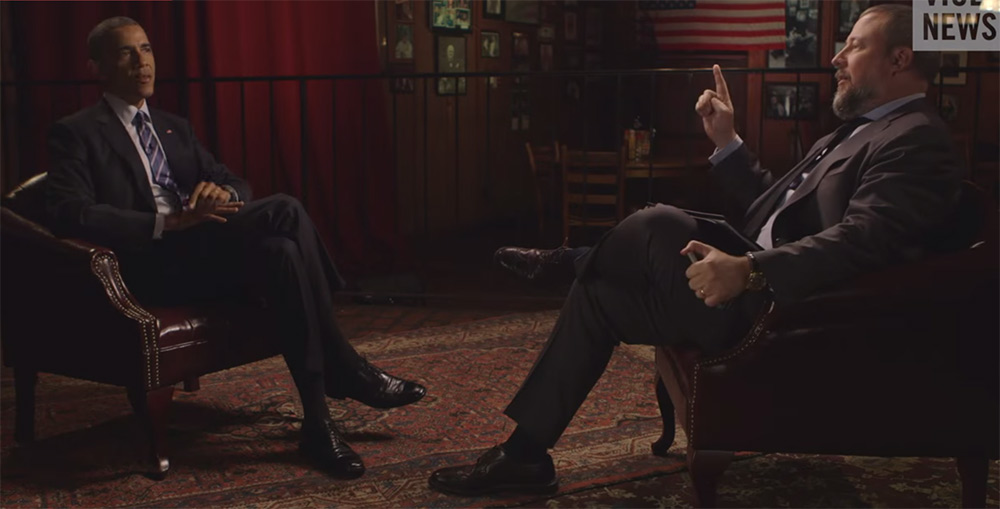 With Vice’s explosive expansion in recent years, going from an oft-called ‘hipster’ upstart in documentary filmmaking to one of the world’s largest media organisations in just a few years, many wondered in the build up to this interview whether it would maintain a somewhat counter-culture stance. A lot of people latched on to the idea that with corporate investment from the likes of Fox Media and 20th Century Fox, that Vice had become a shill and was no longer objective.

After watching the the interview with Obama, some people maintain that view, but others were quite pleased with the outcome as well.

While Smith is rarely pressing throughout the interview, he does make a point of repeatedly putting across the concerns of young people. Obama’s responses are often quite typical of a politician, but he reveals some more personable feelings at times too, suggesting that within the political machine of America, there is also often frustration at the short-sightedness of politicians.

He also alluded to many members of congress and elsewhere having far too tight a relationship with oil producing companies.

KitGuru Says: What did you guys think of the interview? I was hoping it would be a little longer myself.