Even if movie studios might like to paint the world as unanimous in their hatred of piracy, cultures and politicians have different opinions depending where you look. In Russia for example, Vladimir Putin's recently appointed internet advisor has strong links with a torrent site and has a much more relaxed attitude to copyright infringement than others in his position.

The man in question is Herman Klimenko, who until recently chaired the Institute for Development of the Internet in Russia. However Russian President Vladimir Putin has now officially appointed him as his personal adviser on the internet, giving him a much elevated role in Russian politics. 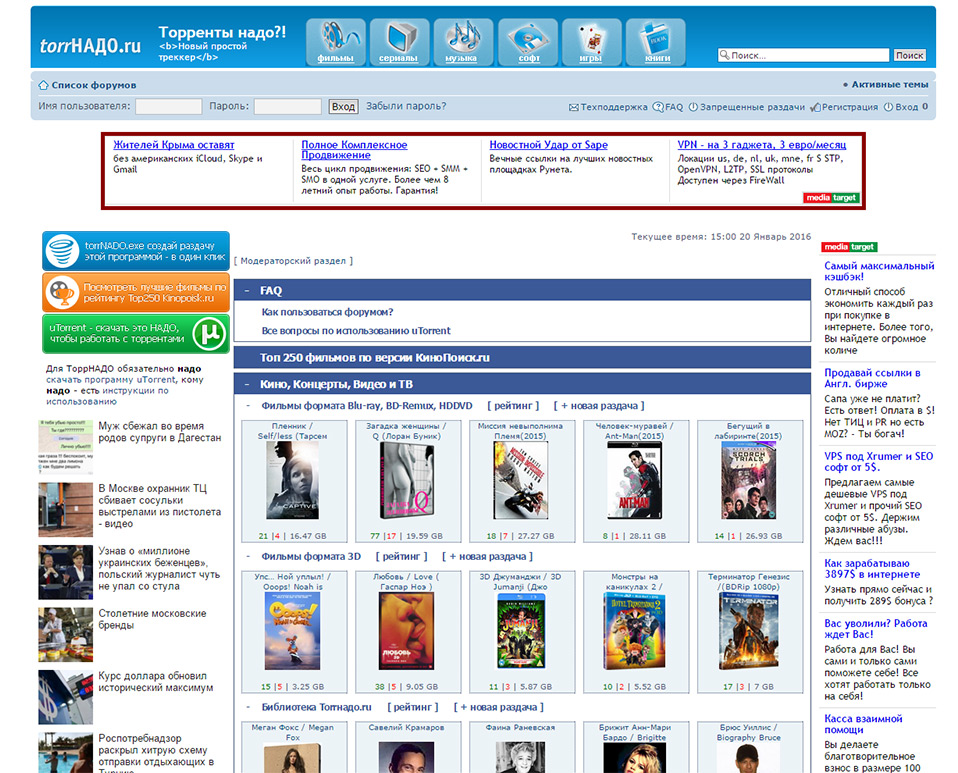 While his opposite numbers around the world would take such a position to warn Putin on the dangers of piracy, Klimenko took a different tack. His first address on the topic of piracy suggested that the reason people download content illegally is because they can't afford it.

“Consumption of copyright content increases with economic growth, and when the situation is very serious, I think people do not have to unnecessarily terrorize these issues,” he said (via TorrentFreak). He later suggested that copyright holders should only worry about piracy when the economy was stronger.

Although this was somewhat surprising at the time, considering Klimenko's personal investments include his very own torrent site, it doesn't seem so now. Sources at Russian publication Vedomosti are now claiming that Klimenko owns Russian torrent site, Torrnado.ru. His links are not even particularly well hidden. A WhoIs lookup of the site shows its registrant as OOO ECO PC, a company run by an employee of the Klimenko owned MediaMetrics.

Klimenko even admitted some sort of shady activity in Facebook comments about his connections to the site, stating that “on their own [torrents] are nothing illegal,” and that of course his “list of sins is impressive.”

He did however announce that his son would take over some control of his enterprises.

KitGuru Says: Seems like Klimenko was well and truly busted here, but nobody expects Putin to do much about it.