Home / Channel / Who needs bone when you can have a 3D printed skull?

Who needs bone when you can have a 3D printed skull?

3D printing might have started off as a potential game changer for the war gaming miniature industry, but as time has gone on its become apparent that making 3D objects out of plastic without a mould, isn’t only awesome, but very versatile too. Case in point, a Dutch woman has had the top part of her skull replaced by a 3D printed plastic shell to help correct a bone disorder she suffered from. 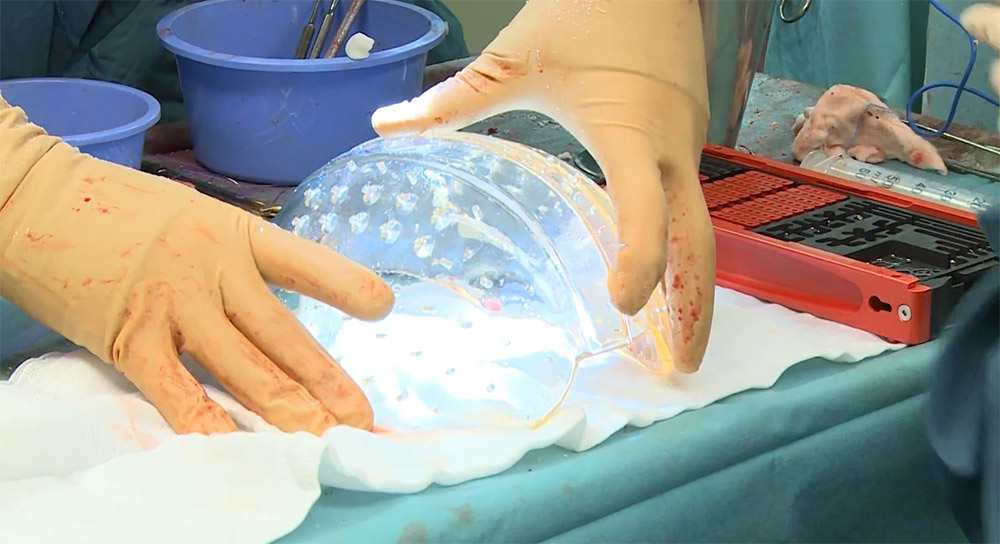 Who wouldn’t want a hard , plastic jellyfish in their head?

The illness causes her bones to thicken, leaving her with a skull that was more than three times thicker than average. This led to her suffering crippling headaches and reduced eyesight, so surgeons removed the offending piece of bone and replaced it with a correctly shaped and sized, 3D printed cranium. Most importantly, her body accepted it without issue.

NB. If any of our Dutch speaking readers could translate for us, that’d be great.

As Wired reports, this was no mean feat though. The operation took upwards of 23 hours, but it was just in the nick of time too. If the woman’s skull had thickened any further, it’s believed she could very well have died.

However now, the patient is back to full working order. Her eyesight has returned, her headaches are gone and she can live a perfectly normal life. It’s thought that this technique of bone replacement could lead to a much greater range of treatment for those with bone disorders.

KitGuru Says:  This is some real future tech right here. Just give it a few years and they’ll be able to 3D print any solid body part and from there, who knows? Organs? Skin?