Youtube has never been a fan of the sites and browser extensions that make it easy to download videos from its site, in their entirety or when converted to MP3s. It's been going after them with legal action for years and it shows no sign of stopping. It's latest target is Tube Ninja.

TubeNinja is a download/ripping site much like many of the others out there, though it does describe itself as “the best online video downloader, period.” It lets you take a video from Youtube and store it locally for watching or listening to later. Since that circumvents revenue streams for content owners and creators, many Youtubers and companies aren't happy about that.

So they in turn push Youtube to do something about these sites, so it has the lawyers send out demands that the services shutter their sites or face further legal action. Granted four years after it tried to take down YoutubeMP3 the site is still in operation, but still. 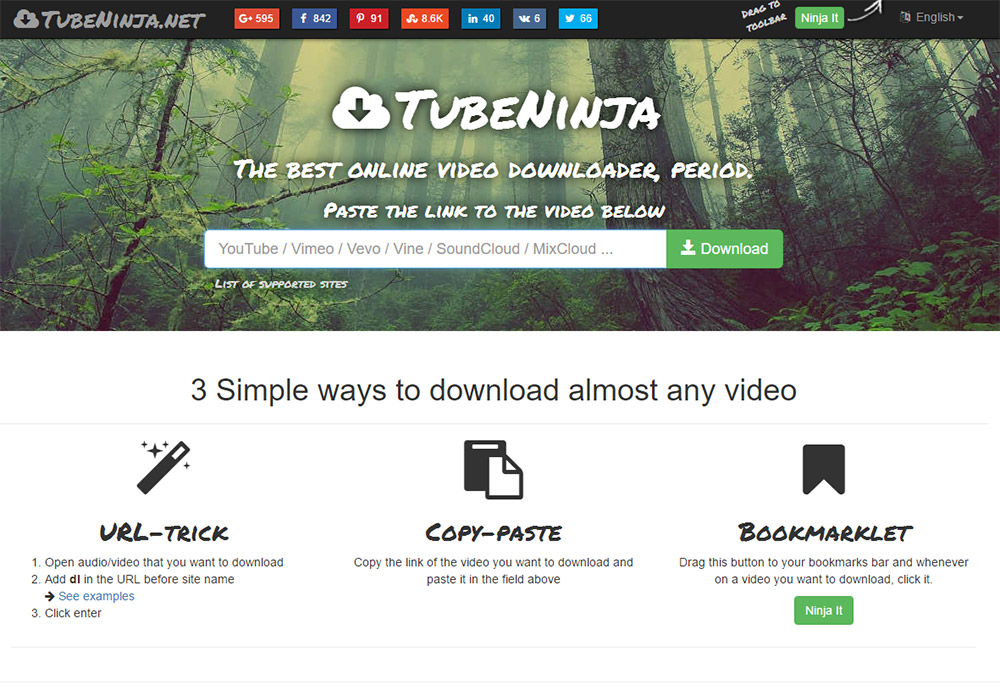 It goes on to state that site rippers breach Youtube's terms of service for the site itself and for the Youtube API. Although it doesn't make any specific threats, Youtube's lawyers do warn that if action isn't taken to curb the site's usage, there will be severe “legal consequences.”

Considering the resources Google/Youtube could bring to bear on any legal action, it's hard not to imagine TubeNinja being a little nervous to receive such a correspondence.

But that's not how it's reacted at all. Indeed the site's founder and owner has responded that his site definitely does not break Youtube's terms of service and that if any of his users used TubeNinja to do so, that wasn't his fault. The responsibility was on them to stay within the bounds of the site's rules, he said.

He also pointed out that there were plenty of Chrome plugins that performed the same function as his service, but Google didn't rush to take them down.

KitGuru Says: TubeNinja's founder has a point, but that could well be indicative of Google not really being concerned about downloaders/rippers. Perhaps it just needs to be seen to be doing something to placate content owners.