Mars may have methane producing microbes

In a paper released in the Science academic journal a few days ago, a group of NASA scientists has confirmed the existence of methane gas on Mars. This is a good indicator of life, as 95% of methane here on Earth is generated by Microbes. While this is in itself impressive, some of the other facts about their findings, make this an even more interesting discovery!

Over the past 20 months, NASA made observations using the Tunable Laser Spectrometer (TLS) on the Curiosity rover. This has shown large bursts over the usual background levels of atmospheric methane, sometimes more than 10 times the usual amount. 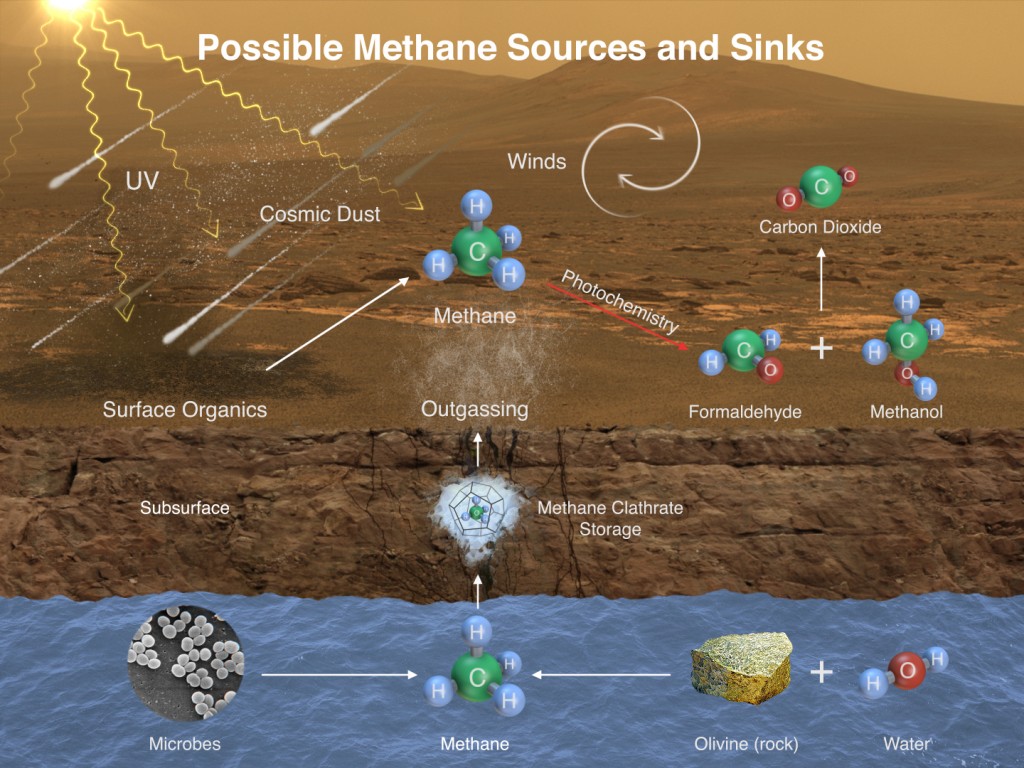 While scientists cannot yet be sure exactly what is sending these bursts of gas into the Martian atmosphere, they do have a few theories. The leading one is that the methane is escaping from under the surface of the red planet in an outgassing, similar to the way that a geyser works here on earth.

NASA has also released findings from several drilling samples, which show Martian organic chemicals in the dust produced by the drill. These are “the first definitive detection of organics in surface materials of Mars.” according to the space agency. It cannot be sure however if these were formed on Mars itself, or if they were brought to the planet by meteorites.

Hopefully when the European Space Agency’s ExoMars touches down in January 2019, it will be able to confirm some of these NASA findings. Failing that NASA hopes to have the first humans on Mars in the 2030s, so not long to wait!

KitGuru Says: Both of these discoveries could point to multi-cellular life on Mars, but we shouldn’t get ahead of ourselves. While finding life of any kind outside of our own blue marble would be amazing, it will probably still be a long time until it can be confirmed. Do you have any hopes of us finding extraterrestrial life on the red planet?