SpaceX plans to land a rocket on a drone ship, tomorrow

If you are a fan of potential failure and large explosions then tomorrow could be a good day for you! SpaceX, the US rocket company owned by Elon Musk, is planning to land one of its Falcon 9 rockets on a sea-based floating platform known as the “autonomous spaceport drone ship”.

That's not me being pessimistic by the way. SpaceX itself has predicted that the probable outcome of success is “perhaps 50% at best”. The main reason that it is so low, is that this has never been attempted before. The closest it has come to this in testing was around five months ago when it soft landed a Falcon 9 first stage straight into the Atlantic Ocean, as you can see in the video below.

“At 14 stories tall and traveling upwards of 1300 m/s (nearly 1 mi/s), stabilizing the Falcon 9 first stage for reentry is like trying to balance a rubber broomstick on your hand in the middle of a wind storm,” a SpaceX spokesperson said.

Three extra burns will be needed to try to bring the first stage down in the correct place. The first will roughly position where it will land, the second will then slow it down from 1300 m/s to about 250 m/s, while the third burn will slow it down again from 250 m/s to just two m/s and this should allow it to accurately land once the legs have deployed. 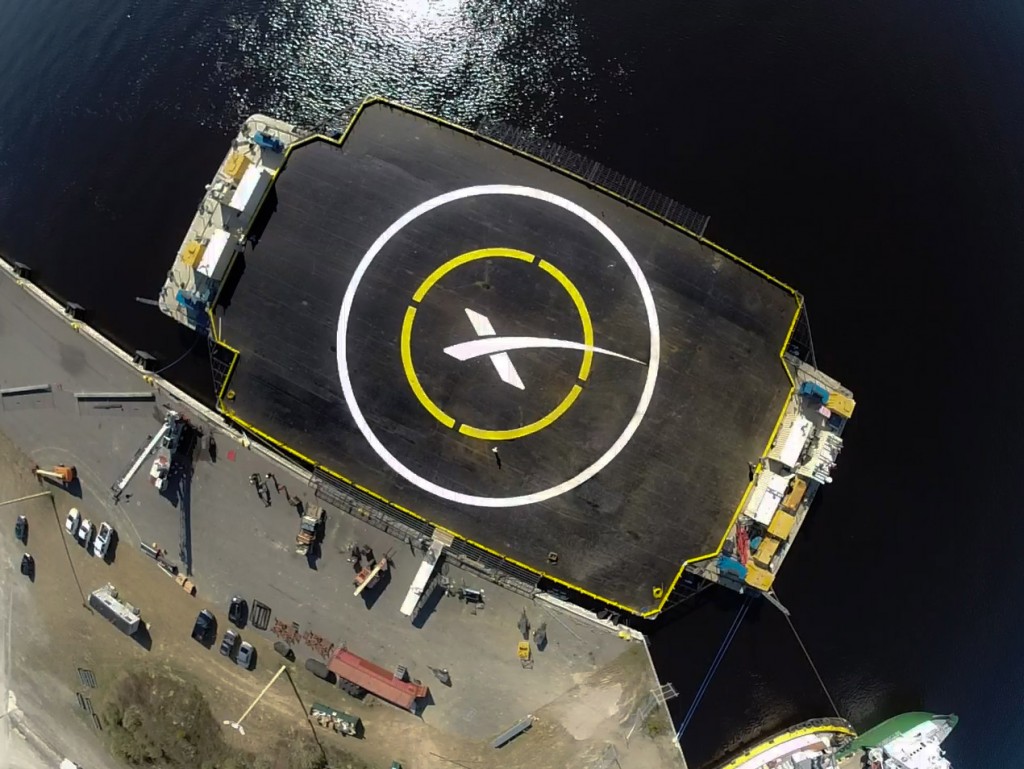 The autonomous spaceport drone ship is 300 by 100 feet

This really is not going to be easy for SpaceX, but even if tomorrows test is a failure, it will persist, as it will have several other opportunities in the coming months' launches to test the landing and gather more data, which should increase the likelihood of success in future attempts.

KitGuru Says: I'm very conflicted here. I really want to see SpaceX succeed and land this thing first time, so that it can start to bring down the cost of space launches. On the other hand, I also love massive explosions.

What do you want to see happen tomorrow?