New Horizons confirms Pluto is bigger than we thought

Poor Pluto. Once part of the collective of nine planets that make up our solar system, it was reclassified as a dwarf planet in 2005, after the discovery of the larger Eris – a trans-Neptunian object – forced scientists to consider the formal definition of “planet;” unfortunately for Pluto it didn't make the cut. However, as if in an attempt to prove us wrong, Pluto has turned out to be slightly larger than it was originally thought, with the New Horizons probe confirming that it is bigger than previous estimations.

Over the past decade since Pluto's reclassification, many individuals have postulated that it is of various sizes, ranging from 2306 kilometres in diameter, to 2368KM. It turns out however that Pluto is in-fact 2,370KM in diameter, larger than anyone expected. It means that Pluto's surface area is roughly equivalent to that of Russia.

However this size increase does have some ramifications. It means that Pluto is less dense than previously thought, which suggests that there is a higher density of ice in its interior and a little less rock. 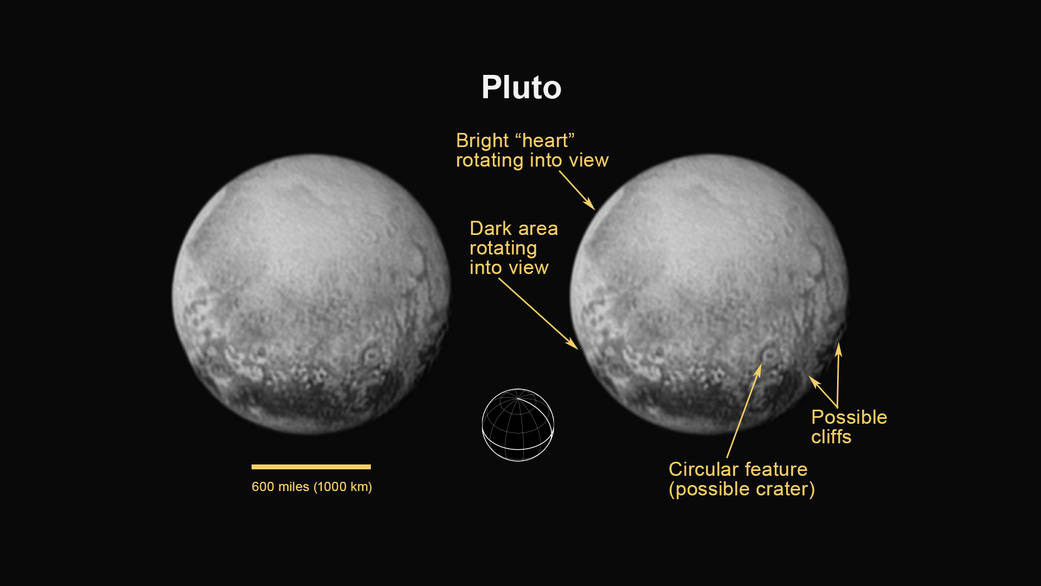 As much as it may remain a dwarf planet though, Pluto's moons are far smaller. We will get a better view of them soon, but Nix is estimated to be just 20 miles across, whilst Hydra is closer to 30 miles in diameter.

This is all only possible thanks to the approach of the New Horizons probe, which after almost a decade in the inky blackness of space and billions of miles traversed, is now set to flyby Pluto in the next few hours. However, due to the distance between the control centre and the probe, there will be no direct control and to make sure that processing capabilities and power are conserved, scientists will have no contact with New Horizons until it has completed its complicated series of manoeuvres and picture taking.

It's said that we'll hear about the success or failure of New Horizons in the early hours of Wednesday morning, with images and scientific data to follow in the coming days – though it will take many months to receive all of the space craft's measurements and readings.

KitGuru Says: Fingers crossed for you New Horizons. Do us proud.