One of the biggest challenges for Creative Assembly (CA) in the creation of Total War: Warhammer has been balancing all of the unit types. Each army has more depth and varied units than an entire Total War game and things get even more complicated when you factor in flying soldiers and monsters too. Still, the Warhammer world does have some some wonderfully unique units, which is what CA is hoping to showcase in a new video series dedicated to the upcoming game's most impressive characters and warriors. 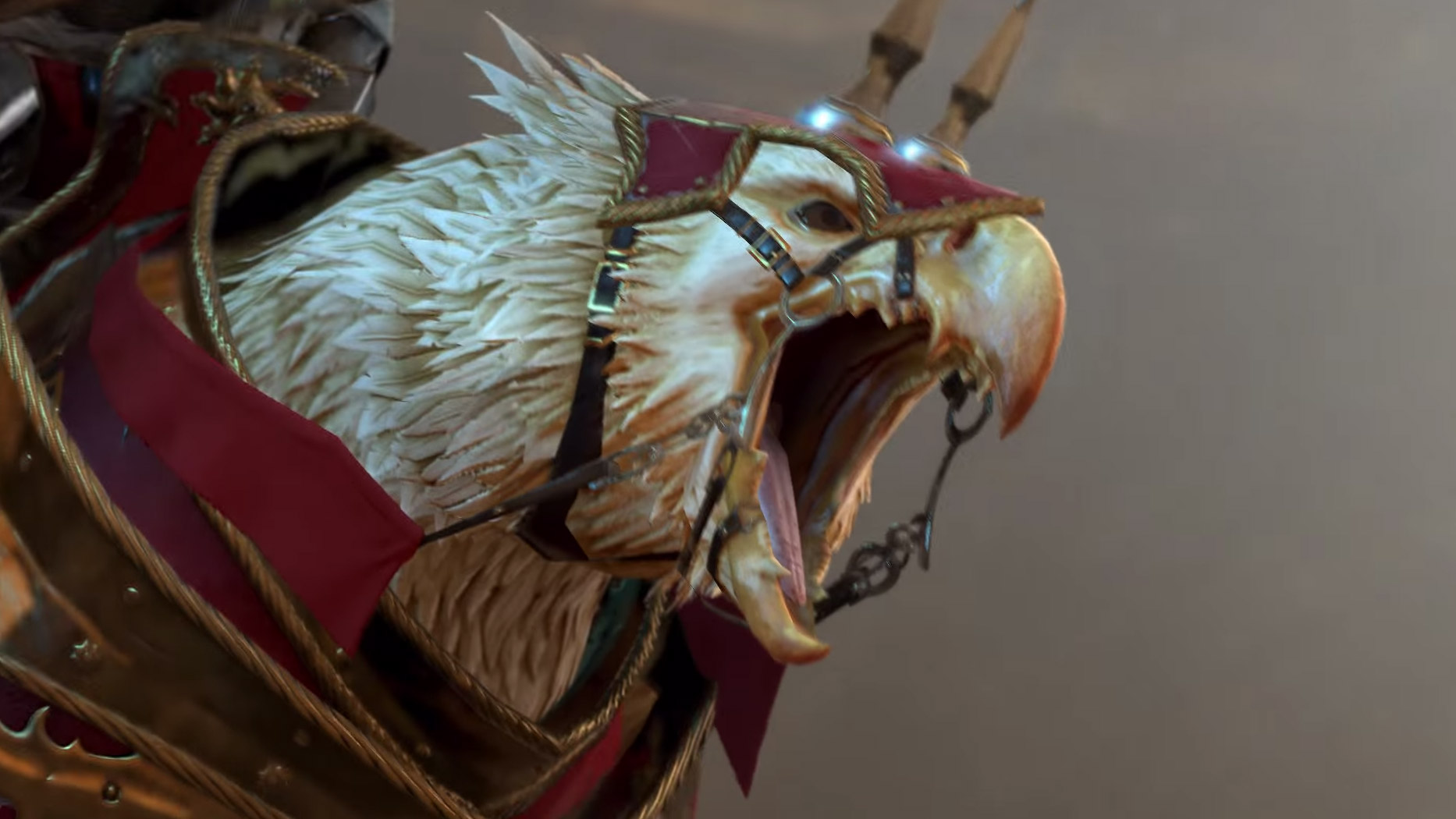 The first video showcase of the game's impressive soldier types, is for the Demigryphs, a race of mountable bird like creatures, conjured from a mix of lion and eagle, ‘possibly related to Griffins' according to the Warhammer Lexicanum. They represent one of the Empire's most powerful shock troops, able to deliver powerful charges into enemy units, with armour rending claws and lances alike.

They're also quite regal animals, with CA taking care to make them appear so in battle, using rearing slashing attacks, as much as intelligent pin and rake manoeuvres to gut their foes where they stand.

They won't be a common sight on the battlefield, as their power and ferociousness begets a rarity as a trained and mounted unit, but for those knights and lords that do manage to tame one, they have a powerful ally when it comes to taking on the greenskin and undead hordes.

With Total War: Warhammer still many months away from launch, expect a similar number of videos from CA showcasing the game's most exciting units.

Kitguru Says: As much as these guys are cool, I want to see some Orcish units next. I was always a follower of the green hordes.