It's already been a few days since the New Horizons space craft made its historic flyby of the furthest flung planetary entity the human race has ever visited: Pluto. It took some awe inspiring images, the first of which we've begun to get our first look at, but there is so much more to come. Take for example the recent image of Pluto's moon Charon up close and personal, and the new break down of everything Pluto by a member of the New Horizons team. 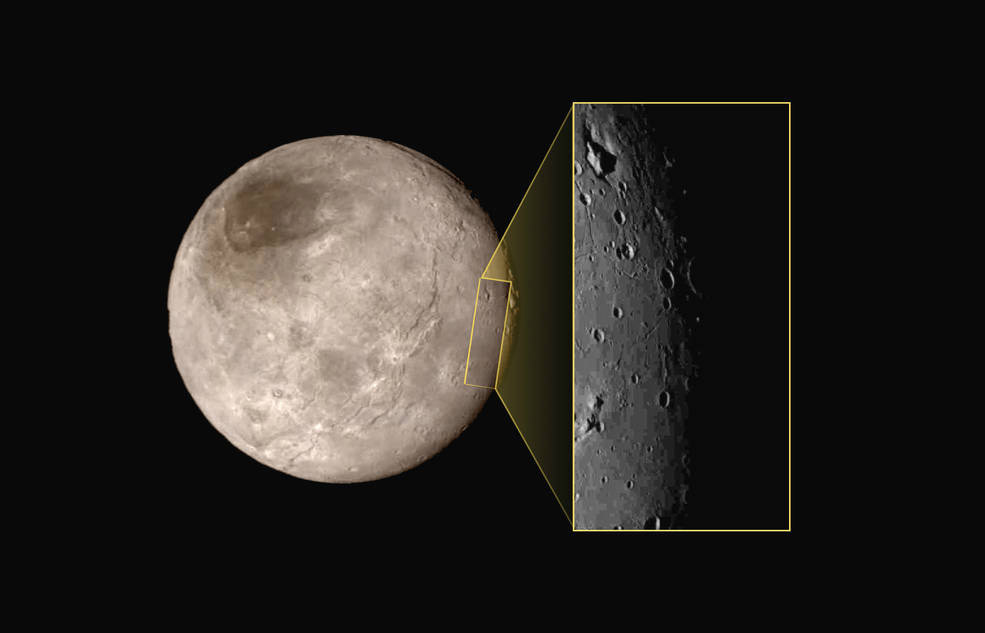 Charon is the largest moon in the Plutonian system and it has some unique features which we're only just beginning to learn about, as this is by far the best view we've ever had of the far flung stellar body. Like the large depression in the upper left which has a peak in its middle.

The much closer image of the moon's surface was taken about an hour and a half before New Horizon's closest approach with Pluto, at a distance of just 49,000 miles. The picture is noteworthy for its craters, which was something that was missing from several parts of Pluto, which suggested geological activity; something the was considered very unlikely until these images started appearing.

One of the most compelling images that's showed up in the last few hours however has been the 3D creation of the original ice mountain image released of Pluto. It's not entirely accurate, as it was made using photoclinometry to estimate heights based on light and shadow.

Amy Shira Teitel of the New Horizons team also gives us an exciting breakdown of Pluto in just over a minute, explaining much of what we know and have recently learned about the dwarf planet.

KitGuru Says: There's nothing quite like space exploration to make you feel part of the human race, rather than a member of a local community or nation. We're all striving for this sort of stuff together. Or at least we should be.