Although the U.S. and Russia were at each other's throats when it came to the 20th century space race, they did agree in 1967 that no state could claim ownership of celestial bodies. That hasn't stopped some commercial ventures from doing so of course, even without legal binding, but now they may be able to get it. President Obama has signed in a piece of legislation that makes it legal to own and mine asteroids.

The Space Resource Commercial Exploration and Utilisation Act of 2015, was signed in by Obama and makes it legal to commercially explore and recover asteroids for the purpose of mining or otherwise. It will also “discourage government barriers,” to the development of economic, viable and safe ventures into space and the recovery of useful materials.

The bill calls on Obama to further rectify the law within no-less than 180 days, by specifying the authorities and federal institutions that will watch over space resource acquisition and to work on any disputes.

Chris Lewicki, President of Planetary Resources, Inc., said, “This off-planet economy will forever change our lives for the better here on Earth. We celebrate this law as it creates a pro-growth environment for our emerging industry by encouraging private sector investment and ensuring an increasingly stable and predictable regulatory environment.” 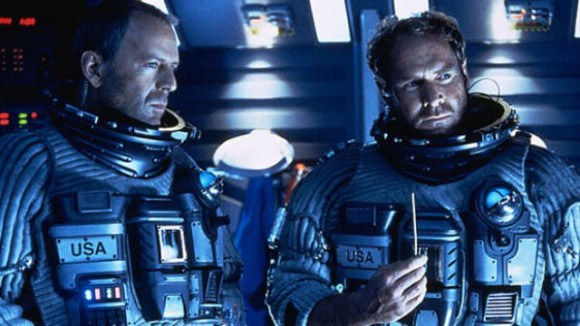 When the time comes, we know who we have to send. Just make sure you duct down Steve Buschemi. Source: Buena Vista

Of course there is a reason this legislation is only coming about now – because mining in space is difficult and incredibly expensive. You would need to fund the creation of space craft that could capture and bring an asteroid into near-Earth orbit, build a mining rig that could operate without spraying rock and debris – contributing to the Kessler Syndrom – and find a way to safely bring that material to Earth.

But if someone can do all that, the financial rewards are of a magnitude previously unheard of. While doing all of the above may cost untold billions, if a company were to mine Eros 443 for example (an asteroid around 17 million miles from Earth) and extract only its platinum resources, that could be sold for almost 500 quintillion dollars. That's 500,000 trillion dollars (as per the ErosProject).

And that doesn't even factor in its other useful resources like iron, aluminium and oxygen, the latter of which could be particularly useful in space.

But of course  we'd need to get at it first, and at more than 70 times the distance from the Earth to the moon even at its closest approach, Eros 443 is still a long way away. Capturing such an asteroid – which is around the size of a mountain – would be no small feat.

KitGuru Says: I would imagine moon-mining will take place before asteroid mining, simply because it's easier to get to and is in a stable orbit. However asteroid mining has a lot of potential if they can be successfully and safely captured. I'm not convinced mining in Earth's orbit wouldn't cause a lot of debris issues though.