Pluto is much more active than scientists thought

Following the New Horizons flyby of Pluto last week, data has been trickling in and showing us things about the dwarf planet we never knew before and it turns out we wrong about a lot of things. So much so in-fact that scientists that studied the far flung object have admitted that they were totally wrong in painting Pluto as an inert ball of ice and rock. In-fact, it's very active.

Early photos that have returned from the edges of our solar system showed tall ice mountains, possible volcanoes, and vast, crater-free planes, suggesting that it was a surface that had been created – in the cosmic sense – quite recently. That in turn should mean that Pluto is geologically active, something that wasn't thought possible without the gravitational pull from a much larger planet.

With evidence pointing in this direction, the hunt is now on to figure out what it is that makes this internal activity possible. Energy is required, which may come from a radioactive core. That in turn could generate heat, enough of which could melt sub-surface ice and send it flowing towards the surface in icy volcanoes.

Chances are it wouldn't stay liquid on the surface however, since it reaches temperatures as low as -230 degrees Celsius; cold enough for there to be frozen nitrogen and methane. 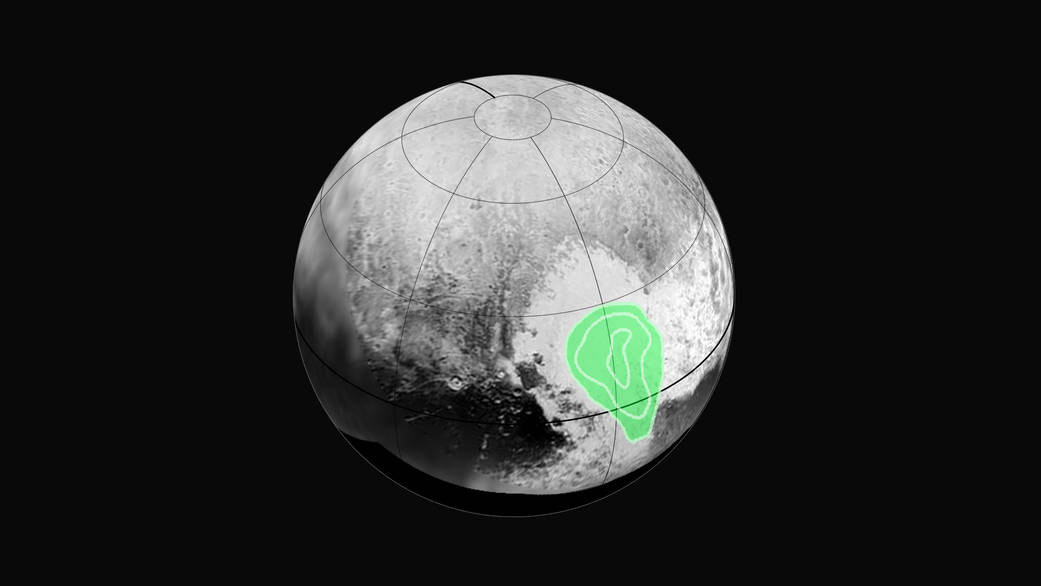 More surprising than this however, is that Pluto's even smaller moon, Charon, also shows sign of geological activity. Much like Pluto, scientists will be studying images and data recorded by New Horizons about Charon over the coming months and years. While a gigabit of data has so far been returned, according to the Independent, more than 49 gigabits are still be transmitted. It's expected that due to the distance between Earth and New Horizons, it will take the better part of 16 months to retrieve it all.

KitGuru Says: It's amazing that until this past week, our only view of Pluto was a few pixels across from fuzzy Hubble imagery. Now we have pictures that show us the minutia of its surface. It's fascinating stuff.