As smart as humans like to think they are, we have only been kicking around this planet in our current form for 200,000 years or so. When compared with the age of the universe, or even our own little rock within it, that’s not even a minute on the cosmic calendar. Still, we did manage to land a probe on a comet several hundred million miles away and thanks to it and its orbiting parent’s scientific experiments we now know, probably, that Comets didn’t seed our planet with water. At least not on their own.

The idea that water on Earth came from comets was a theory that has been bandied around for some time, but based on the chemical composition of the water found within the 67P/Churyumov-Gerasimenko comet, that now seems unlikely. Why? Because water on earth is almost entirely H20, that is, two hydrogen molecules combined with an oxygen molecule. However, very occasionally, say one in ever 10,000 water molecules, instead of the Hydrogen-1 isotope (protium) there is instead, a Hydrogen-2 isotope, known as deuterium. Otherwise known as “heavy water.”

On earth, that sort of molecule is very rare, but not in 67P.

Speaking with the BBC’s Radio 4 Inside Science programme, professor Kathrin Altwegg of the University of Bern – who was the principle investigator of the instrument used to measure water on Rosetta – said:
“It is the highest-ever measured ratio of heavy water relative to light water in the Solar System.

“It is more than three times higher than on the Earth, which means that this kind of comet could not have brought water to the Earth.” 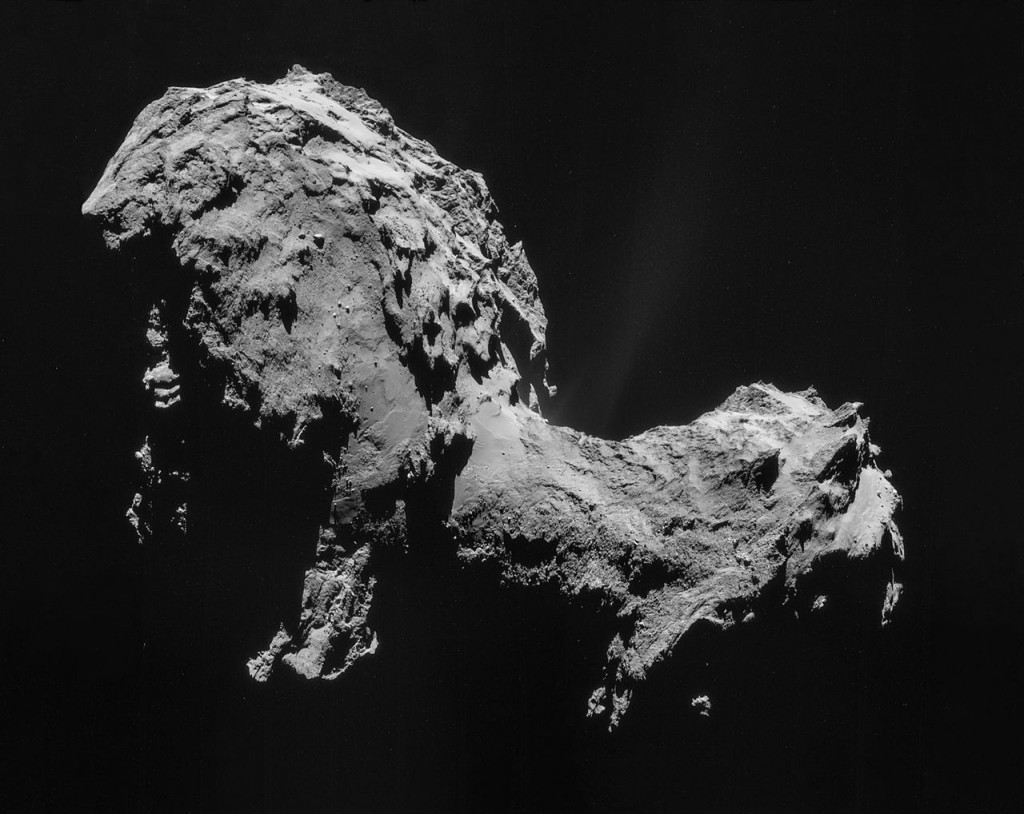 Formed billions of years ago, 67P could hold all sorts of secrets about our solar system’s formation

As convinced as she is however, it’s worth noting that we have only analysed water on two comets that come from the Kuiper belt, a region of space within our solar system that extends beyond the planets. On top of that, the comet other than 67P that we looked at, the much more easy to pronounce, Hartley 2, did contain water profiles much more like our oceans on Earth.

Altwegg believes these differences account for different regions in the formation of the belt during the early life of the solar system. Instead of these comets seeding a young Earth’s water, she believes that asteroids are more likely to be responsible. Her reasoning, was that in samples of asteroids – metorites – that we’ve studied, their “characteristics… are very much like our water.”

She also noted that they orbit closer to the Sun and are therefore far more likely to impact the Earth.

Not everyone agrees of course, with some still holding on to the comet-water theory. Those who do, want us to study comets from closer to the Earth, those currently orbiting between Mars and Jupiter, in what’s known as the “main-belt.”

KitGuru Says: This is some real time machine stuff guys. Comets are time capsules from billions of years ago and we just dug this one up.

Previous Papers Please launches on iPad, without nudity
Next Cougar wants to change the image of membrane keyboards