The International Space Station is arguably mankind's greatest technological achievement, so it's important that it remains operational throughout its intended life span and that means keeping the intrepid astronauts and cosmonauts aboard well fed and with plenty to do. Fortunately then, after several failures in 2015 a Russian capsule has docked with the ISS delivering much needed supplies.

This follows on from three previous supply failures earlier in the last year, most recently with the Space X Falcon 9 rocket that exploded just prior to first stage shut down and separation in late June. An investigation into the cause is still ongoing, with results expected within the next few days. 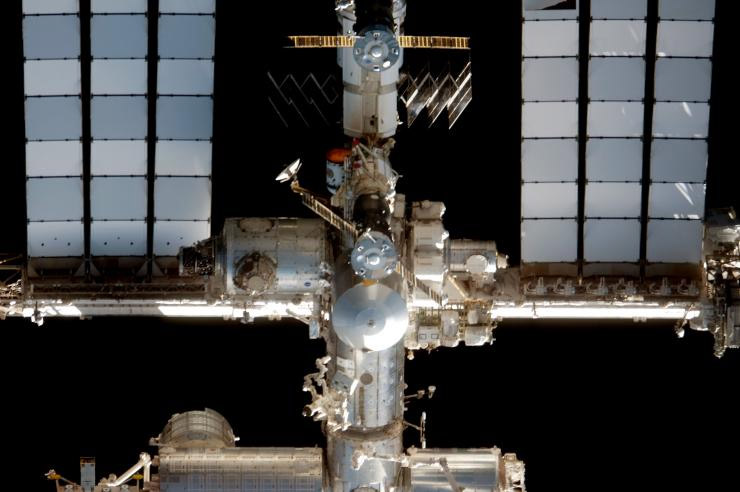 Shot from an astronaut showing the Progress 60 docked with the ISS. Image source: NASA

Similarly Russian craft Progress 59 (official designation: Progress M-27M) lost control during its ascent in April this year and was destroyed upon re-entry, having not delivered its payload to the station.

It's perhaps poetic then that the rocket that did make it over the weekend was Progress 60, as it delivered food, fuel, oxygen, water and spare parts to the astronauts aboard the ISS. Scott Kelly, a US astronaut currently spending a year aboard the ISS to test for the effects on human physiology during long term space travel, tweeted his excitement at the arrival of the capsule and posted a picture as it approached for docking.

As much as this eventual successful supply run is good news, the recent failures of commercial ventures like Space X and Orbital ATK (which had its own failure in October last year) has raised some concerns over the safety and efficiency of NASA's mission contract system. However, current estimates have the failure rate for Space X and similar launches at an acceptable level. While higher than that of traditional entities, the potential for reduced space travel costs is difficult to ignore.

KitGuru Says: While failures are always scary, it's worth bearing in mind that Space X's recent explosion was considered likely survivable if astronauts had been aboard, thanks to its ejection system.