Whistleblowing can be a dangerous business. Edward Snowden's actions over the past couple of years have cost him his freedom and as many a Hollywood movie would show us, it can often lead to loss of life too. Fortunately we live in a world where people have the morale gumption to still bring human rights abuses and secretive government and corporate actions to light, often through journalists or sites like Wikileaks.

However, not everyone that comes into contact with sensitive information is so altruistic. For the people that would rather use the data they've come across to turn a profit, Slur.io wants to provide a marketplace for them.

While not operational at the time of writing, Slur is designed to offer a secure, anonymous marketplace – much like the various darknet drug markets –  for information to be sold to the highest bidder. Only that person is granted the decryption key for the data, though if an arbitrator is required to verify a complaint about incomplete or inaccurately described data, they can also be given access.

Groups can also bid on the data and at the end decide to share it amongst themselves or the whole world. All transactions will be conducted in Bitcoin through an escrow system. 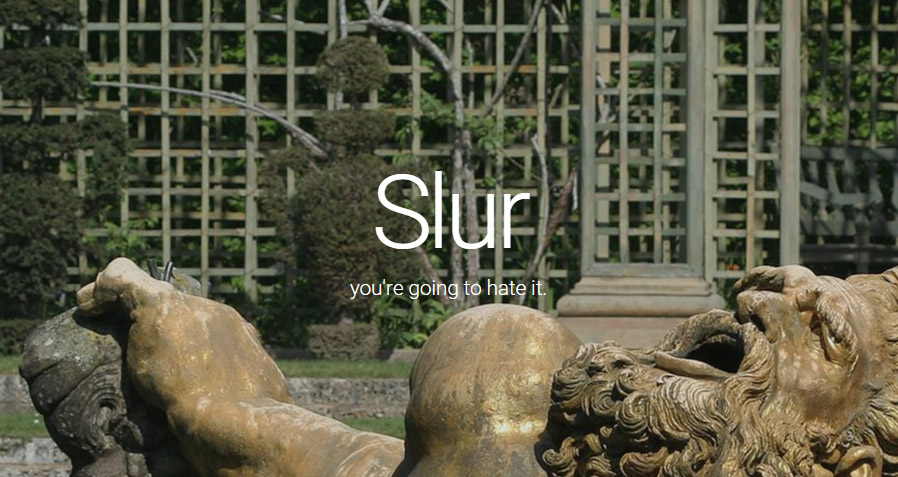 At least we got fair warning

Despite the financial incentives pushed by the developers of Slur, they believe that offering monetary compensation to those that risk their livelihood and sometimes lives by revealing data, will make more of them come forward. They also have a real belief that it will bring out the psychopaths in our society.

“It's estimated that 5% of the general population are psychopaths. Introducing financial incentive in an anonymous framework will produce a greater yield of leaked information than from say the ideology that drove patriots like Edward Snowden,” the site reads. “For every idealist willing to selflessly sacrifice their freedom, assets and even risk their lives for a greater good, there are 1000 psychopaths willing to anonymously sell out their peers for material gain.”

Whether that is the case or not, Slur is currently not online and project updates are essentially non-existent. It's still trying to garner donations though. There has been no time frame given for its eventual release.

As DeepDotweb points out, perhaps the psychopaths out there can use Darkleaks instead, a system that works in a similar fashion and is already operational. However its set up and execution is much more complicated for the end user.

KitGuru Says: What do you guys think of this sort of system? You could imagine it being a useful incentive for those on the fence about dispensing information, but it could instead create a landscape where the wealthy and powerful become even more so by buying the world's secrets.

Also, the use of an Escrow is dangerous, as that centralised fund storage has proven vulnerable to hacks in the past.