Sound waves have long been postulated as a potential avenue for movie-like tractor beam technology, as it’s been possible on a small scale to levitate objects or droplets of water using a pair of speakers or a single set and a reflector. Now though, scientists have been able to achieve the same effect with just one speaker. This, they claim could allow for not only controlling matter without physical contact, but could even lead to the creation of life-like holograms.

Developed at the University of Navarre in Pamplona, Spain, the team of researchers headed by Asier Marzo, said that the technology works by creating complex sound shapes around the levitating object, sandwiching them between ultrasonic pulses of air. Once ‘trapped,’ the object can be moved around by simply angling the speakers. Better yet, these sound waves cannot be heard by human ears, so are completely non-intrusive, and it can even work when upside down, fighting directly against gravity and pulling the object away from the ground. 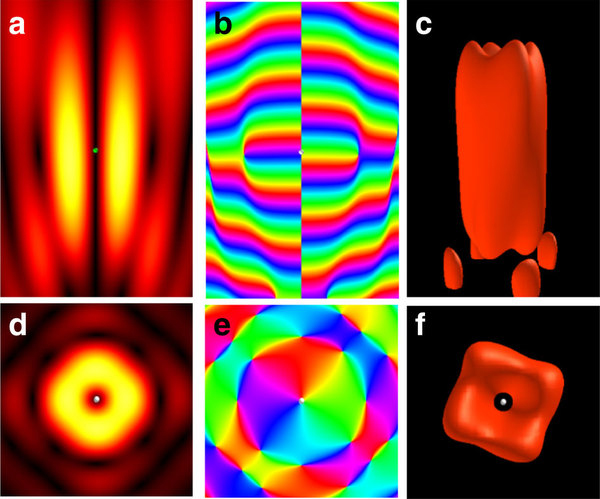 In this diagram, a “vortex trap,” is used to corral the particle

The potential applications of this technology are quite impressive. One suggestion was non-intrusive surgery, using sound waves to manipulate organs or tissue within a body without breaking the skin. Holograms though are perhaps the most exciting technology.

Holograms require a surface to be projected on to. While this has been achieved with glass or evaporating dry ice, some suggest that with this tractor beam-like technology, micro particles could be levitated and manipulated into the shape of a projected hologram, giving a (potentially ever-shifting, 3D) point for the light to reflect off of.

It’s this micro-scale that the technology seems most suited for and indeed, Marzo says his team has no interest in scaling it up for use on large objects. As it stands due to power limitations only about 1mm cubed of plastic can be manipulated, but by increasing the power to the speakers it should be possible for denser objects to be levitated and manoeuvred without physically touching them, as per Nature (via PopularMechanics).

KitGuru Says: What are some of the applications for this sort of technology that you can think of?

Previous Robinson: The Journey mixes portal with Ark’s dinosaur survival
Next Apple’s profits break all records for all companies ever