Generating clean energy is a bit of a minefield. Nuclear is incredibly powerful but has some horrific dangers, solar power is still expensive and inefficient on a large scale and nobody wants a wind turbine in their back garden due to their size and noise. But what about wave power? Not only is it renewable and far from your average household, but it’s entirely predictable too. That’s the solution that energy secretary Ed Davey has, after he announced plans for the UK to build up to six man-made lagoons to generate clean, renewable energy.

The scheme, which will cost £12 billion in total could generate enough electricity to power eight per cent of British homes for as long as 120 years. While expensive, the return on investment is enormous considering that traditional fossil fuel power stations only tend to last around 30 years and nuclear stations a little longer at up to 40. 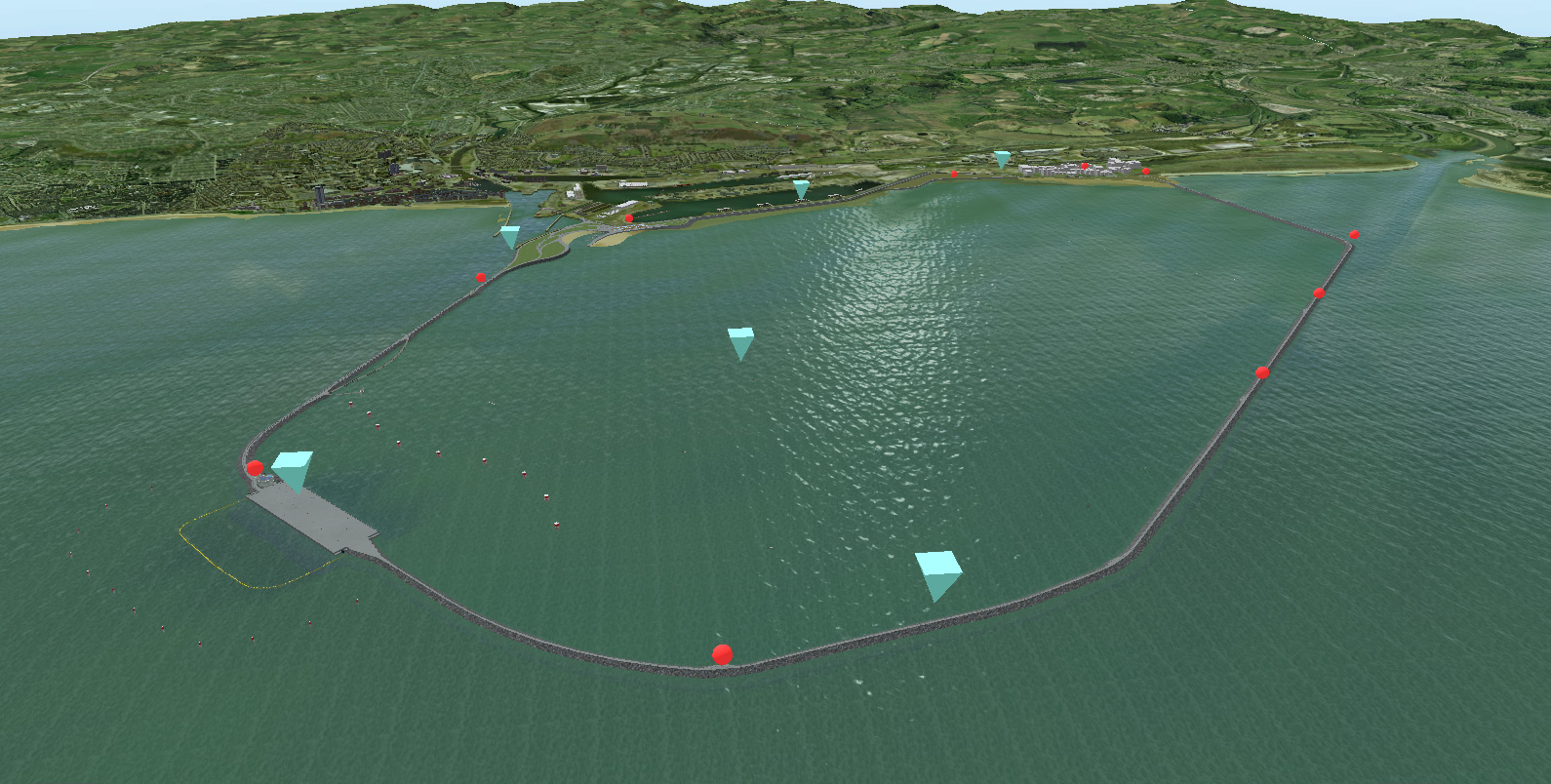 For those interested, Tidal Lagoon Power has an interactive 3D model you can fly around

The first stage of the multi-year project is currently set to begin in Swansea and would see a five mile sea wall built up to two miles out to sea. It would essentially allow power companies to damn the sea temporarily, only releasing water through when levels were of different heights, thereby creating a current between the two which would drive underwater turbines, creating electricity. It’s also been suggested that the artificial lagoons would be perfect for water sports and tourism.

If the Sweansea scheme worked out, it would lead to the creation of several more sea walls along the coastlines of Cardiff, Cumbia and Somerset, as well as three more sites in Wales. However, this may never come to pass as fisherman believe that the artificial lagoons would impede fish migration and would damage populations as they are sucked into turbines.

The company responsible for the project, Tidal Lagoon Power, said however that this would only happen in small numbers and that in reality, the wall’s construction could create an underwater reef habitat on British shores. It did however admit that the early development aspects of the project will be expensive, which may not please tax payers. CEO Mark Shorrock however, did state that it will get a lot cheaper in the future thanks to improved engineering experience and added interest in the project.

KitGuru Says: What do you guys think of the idea for a large sea-wall created around specific parts of the British coast? 120 years is a pretty impressive outlook.