Hallelujah! After seeing a whopping seven major release updates from Mozilla with its Firefox web browser in under a year, the team have finally announced an upcoming feature many of us were were only hoping they’d have rolled in before the version madness continued to accelerate – silent automated updates!

Right up ’till now the only way to stay up to date with Mozilla’s web browser was to manually run through their age old manual install process which certainly gets quite tiresome when updates arrive almost every six weeks.

Thankfully Mozilla has stated that this will come to a stop when it introduces Firefox 13 to us later this year :-

“To cater to update fatigue, updates will now be downloaded and installed silently in the background. It means that startup and shutdown of the web browser won’t be affected by installation routines. Additionally, the What’s New page displayed after an update can now be displayed depending if there is important information needed to be displayed to the end user. Silent updates are currently planned to land in Firefox 13. “

KitGuru says: Way to go Mozilla – times they are always a’changin’ in this fast paced electronic world we now live in and it’s good to see another company (Like Google and Opera previously) addressing this head on and providing a more streamlined method to keep things in order, not just from a security standpoint but also in ensuring backward compatibility concerns can be minimized. 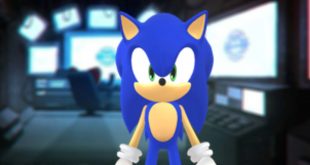 One of the latest crazes to take over the internet is the invention of VTubers. …