Based on the recent market rumours, Samsung Foundry and GlobalFoundries have landed orders to produce Apple’s A9 system-on-chip that will power the company’s next-generation iPhone and iPad devices. It is unknown whether Taiwan Semiconductor Manufacturing Co. will also produce the A9 SoC at any point.

Samsung Foundry is already making commercial chips using 14nm FinFET (14LPE, low-power early) manufacturing technology. GlobalFoundries intends to start production using Samsung’s 14LPE tech in the first half of this year, even though it is unclear how many wafers can GlobalFoundries process using the 14LPE. By contrast, TSMC said it would only start production of semiconductors using its 16nm FinFET (16FF) fabrication process only in the third quarter of 2015, which is later than expected.

If TSMC is considerably late with volume manufacturing using 16FF and will not be able to quickly ramp up production of chips, then it makes a great sense for Apple to switch orders to Samsung and GlobalFoundries. 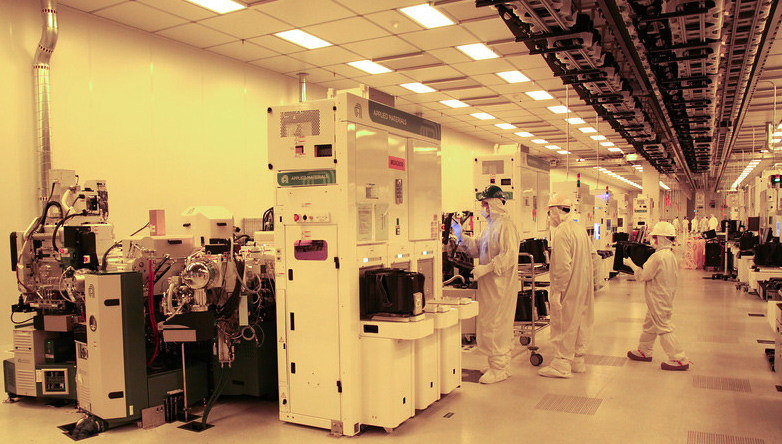 Samsung’s 14LPE (low-power early) and 14LPP (low-power plus) manufacturing technologies eventually will be used to make chips at three fabs on the planet: Samsung’s S2 fab in Austin, Texas, USA; Samsung’s S3 fab in HwaSeong, South Korea; GlobalFoundries’ fab 8 in Saratoga, New York, USA. Production capacities of the three fabs should be enough to produce sufficient amount of Apple’s A9 chips in theory. However, it should be kept in mind that GlobalFoundries has never tried to implement Samsung’s manufacturing process for mass production at its facilities.

If Samsung and GlobalFoundries exclusively produce Apple’s A9 application processor, this will mean a major win for the alliance, which will drive additional clients to them.

Apple, GlobalFoundries, Samsung and TSMC did not comment on the news-story.

KitGuru Says: Since the information comes from unofficial sources, it can naturally be inaccurate, or not completely accurate. If TSMC has lost Apple as its customer for 16nm FinFET technology, it could have massive effects on TSMC and its clients. The former’s revenue will be affected, but its customers will be able to start production of chips using leading-edge process technology earlier than they expected.