Xilinx, a leading designer of field-programmable gate arrays as well as special-purpose system-on-chip solutions, on Wednesday said that it had taped-out one of the world’s first SoCs to be made using TSMC’s 16nm FinFET+ process technology. The new chip will be used for self-driving vehicles, industrial Internet-of-Things and 5G wireless systems in the coming years.

The Zynq UltraScale+ can be used for a wide variety of applications, including computerized vision systems, such as advanced driver assistance systems (ADAS), surveillance and other. Thanks to the fact that the MPSoC features general-purpose and highly-parallel graphics processing cores, the Zynq UltraScale+ can process and analyze data as well as make decisions and initiate actuator commands. Xilinx claims that the MPSoC offers a scalable and highly customizable programmable platform that will ensure future-proof customer designs in the quickly changing ADAS space. Besides, increased compute performance of the Zynq UltraScale+ MPSoC will also support the increased radio and baseband processing requirements of next generation 5G systems. 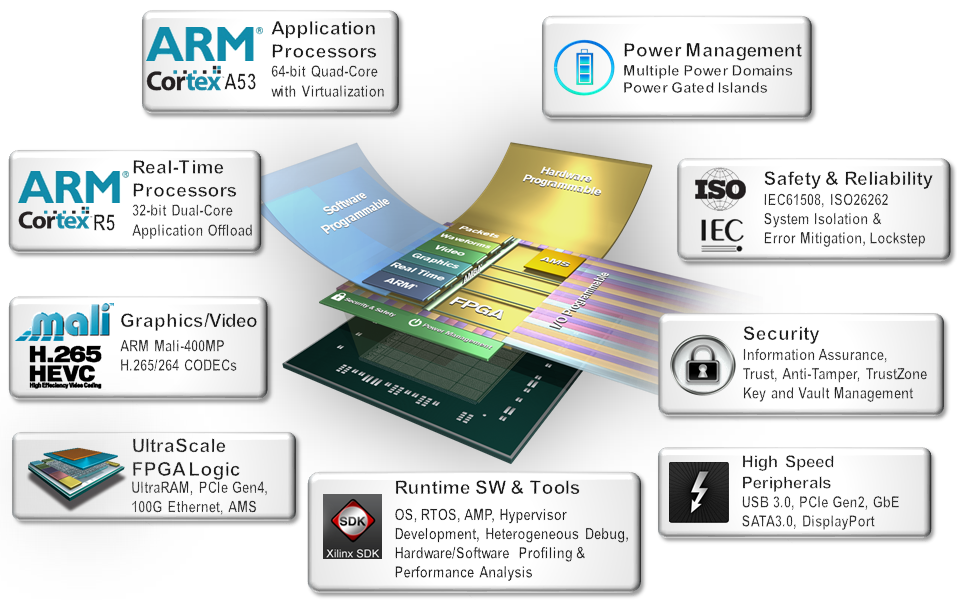 The tape-out of the chip by Xilinx means that the developer will get the first sample of the Zynq UltraScale+ MPSoC several months from now and will start its mass production of the product using TSMC’s most advanced 16nm FinFET+ process technology sometimes in mid-2016.

“The Zynq UltraScale+ MPSoC provides an ideal mix of software intelligence, hardware optimization, security and safety, and any-to-any connectivity for the next-generation of smart and connected applications,” said Victor Peng, executive vice president and general manager of the programmable products group at Xilinx. “The Zynq UltraScale+ MPSoC has been specifically tailored to meet the unique requirements of next generation embedded vision, including ADAS and the roadmap to autonomous vehicles, industrial-IoT and 5G wireless systems, with applicability to numerous other applications.”