To create excess heat, I ran Prime95 26.6 and 3DMark Fire Strike simultaneously to stress both the CPU and GPU. After 15 minutes, I recorded the maximum temperature for each component to report here.

To test the Kolink Aviator V, I installed the following components: 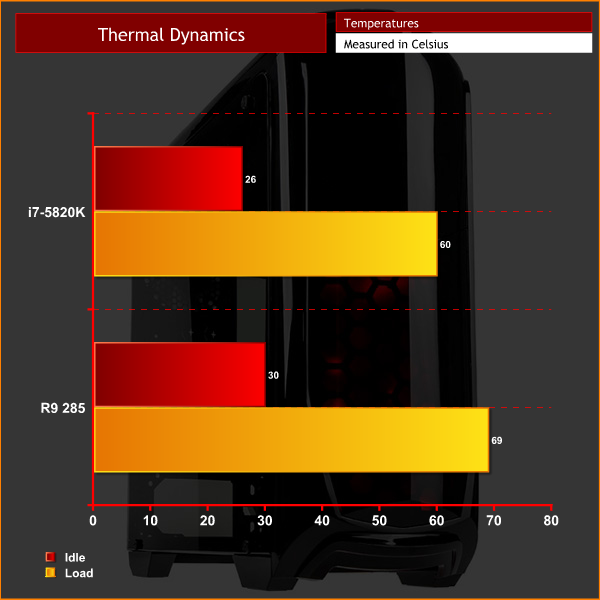 The Aviator V ships with three fans installed by default, and that provides solid cooling out-of-the-box. The front panel does not feature any meshed sections, though, which may explain the higher temperatures when compared with the Corsair SPEC-ALPHA. Still, the cooling is decent nonetheless, as demonstrated by the R9 285’s  peak temperature of 69 degrees.

As I could not use the integrated fan controller due to it arriving broken, I plugged the included fans into the motherboard. Using the default fan profile, the case is impressively quiet. There is gentle whirr coming from the fans but it is very unobtrusive – the solid front panel likely helps in this regard. Under load, the fans do ramp up a little but the noise is still inoffensive and would be drowned out by quiet music.

Previous £440 million will get fibre to 600,000 more homes
Next Winner of KitGuru’s SHUTTLE Competition Announced!