To put this case through its cooling paces we will be using a test system consisting of an AMD FX-8350, Radeon HD 7850 and multiple storage drives. This system allows us to produce a substantial amount of heat and effectively test the Corsair Obsidian 450D‘s cooling capabilities. 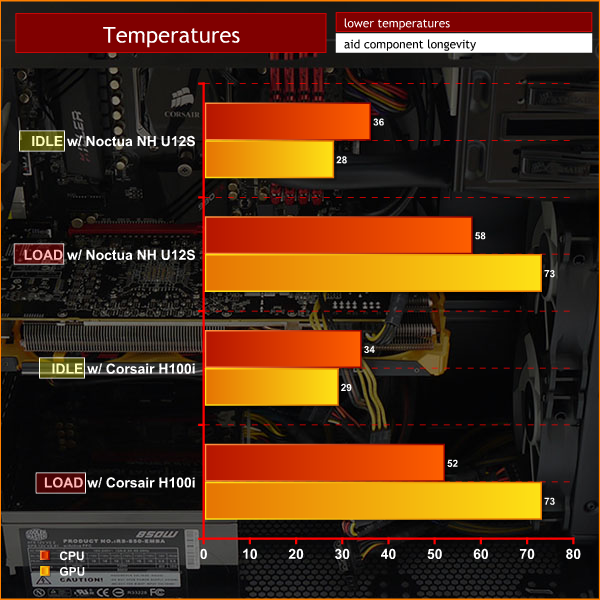 Assess cooling.
The Noctua NH-U12S does a reasonable job of keeping the FX-8350 cool. When the system is fully loaded the CPU temperature rises to 58 degrees. Meanwhile the GPU temperature went from 28 degrees to 73 degrees which is well within limits. 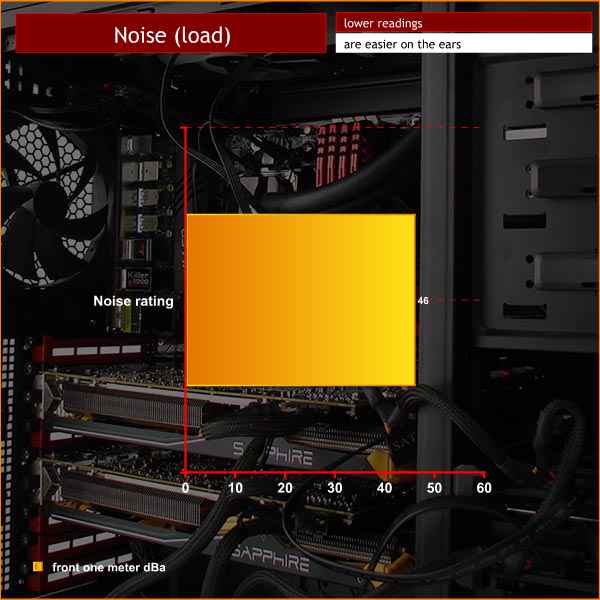 Assess noise
The Corsair Obsidian 450D is a fairly noisy case and the fundamental problem is fan noise. The two 140mm fans at the front and single 120mm fan at the rear use three-pin connectors and do not have speed controllers so the constant fan noise is pretty much unavoidable. This fan noise is compounded by the incredibly open nature of the case so the noise appears to go hand-in-hand with high airflow.

While I was using the Noctua cooler with the three Corsair fans I couldn’t hear either the graphics card cooler or the CPU fan as the case fans were whirring away.

Switching from the Noctua to the Corsair H100i was a distinct improvement as it dispensed with the two case fans at the front. Or rather, installing the H100i at the front had that effect but if the radiator was installed in the roof of the case it would merely have added to the problem.

Ditching the two stock front case fans made a significant difference to the noise level of the Corsair, not so much in terms of the actual volume, but more in terms of the steady drone. The dip in noise levels meant that I was able to hear the graphics card fan spin up as the GPU got warm.