CoolChip Technologies, a startup from Massachusetts, promises a breakthrough in computer cooling by reinventing the way modern cooling systems work. While the tech itself seems to be simple enough and may bring in a lot of benefits, it requires major changes in the way how computer coolers are made.

Air-cooling remains the most popular method of cooling chips inside personal computers. The principle of air-cooling is simple: heat is taken off a chip to a heatsink and then the radiator is cooled down using airflow generated by the fan. Air coolers are made by tens of companies, are affordable, efficient, widely available and reliable.

At present, there are several ways to improve performance of computer cooling: by using higher-speed fans, larger heatinks, hybrid cooling systems or unconventional cooling technologies (peltier, phase-change, liquid nitrogen/helium, etc.). All of the aforementioned technologies either cost a lot, produce too much noise, require too lot of space, or are just not reliable or not practical to use. 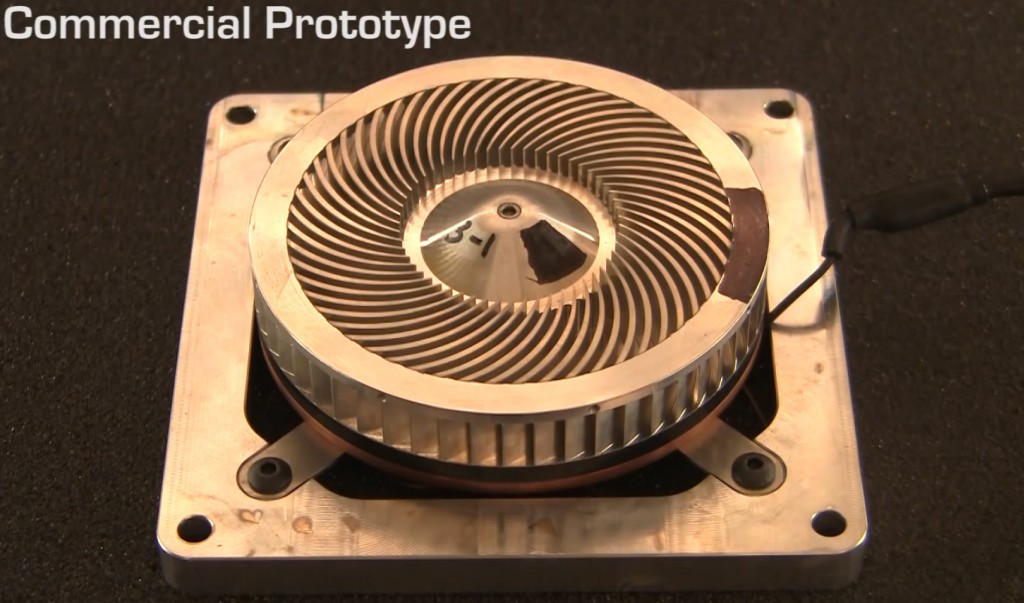 CoolChip Technologies proposes to improve efficiency of air-cooling by using fans as heatsinks. CoolChip calls its approach “kinetic cooling technology” and claims that it is 35 – 40 per cent more efficient compared to conventional coolers. The principle behind kinetic cooling technology (KCT) resembles that of traditional air coolers: the heat from a chip is transferred to a copper baseplate that (unlike usually) does not have fins. Instead, a metallic fan (impeller) is located just several microns above the baseplate and absorbs its heat because of normal convection. Since the fan is rotating, it naturally takes the heat away. Moreover, given that it is easier to cool-down a fan that absorbs heat instead of cooling down a heatsink, the KCT assembly is more efficient than regular coolers. 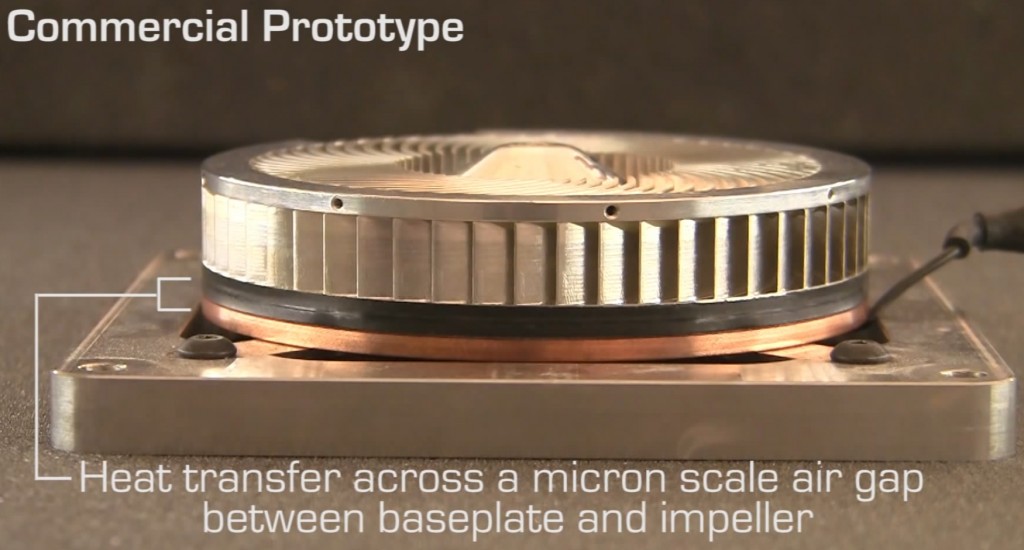 The assembly of a KCT cooling system requires high-precision mechanics that is akin to assembly of a hard disk drive a couple of decades ago. The flying height – the distance between the disk read/write head on a hard drive and the platter – is just three nanometers today, but many years ago it was several microns. CoolChip wants to use similarly precise technologies for cooling chips down. 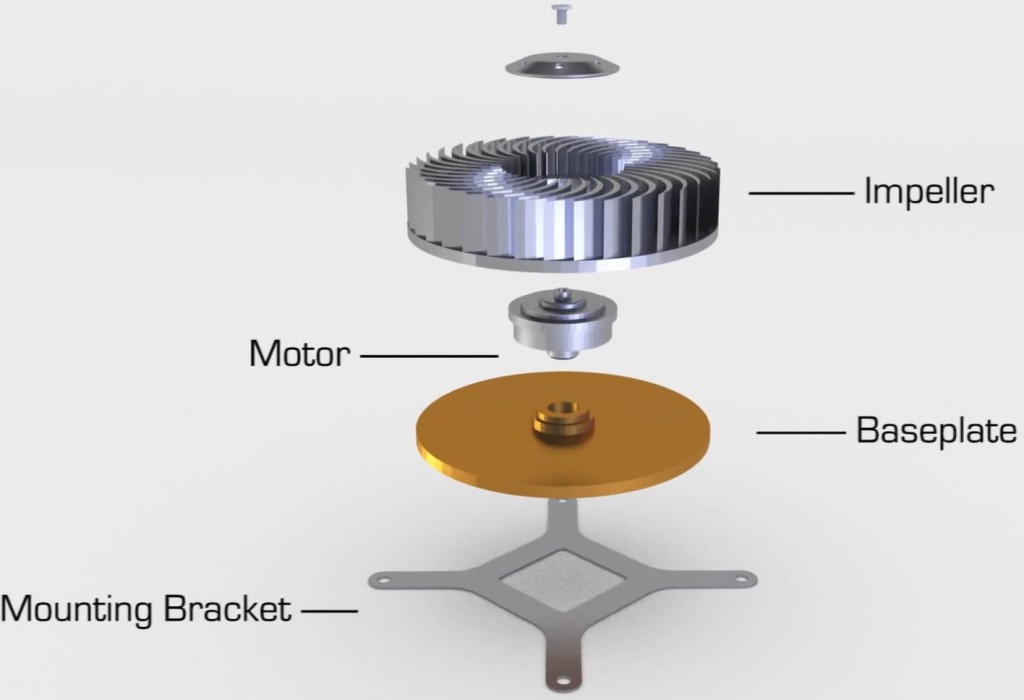 The core advantage of contemporary cooling solutions for personal computers is their easy manufacturability and low costs. High-precision mechanics necessary for CoolChip’s cooler assembly is hardly a low cost technology, advanced manufacturing tools are needed to produce KCT-based coolers, so many suppliers of PC cooling systems will not be able to take advantage of the tech. Moreover, it is barely as reliable as today’s coolers because it can be damaged by an impact during installation, handling or usage. In fact, in order to prevent damages caused by coolers themselves because of thermal expansion, special metal alloys will be needed, something that will further increase the costs of coolers powered by the CoolChip’s tech. Finally, the micron-wide gap between the copper basepate and the impeller as well as spaces between fins will inevitably become clogged with dust, dramatically reducing efficiency of the whole solution. 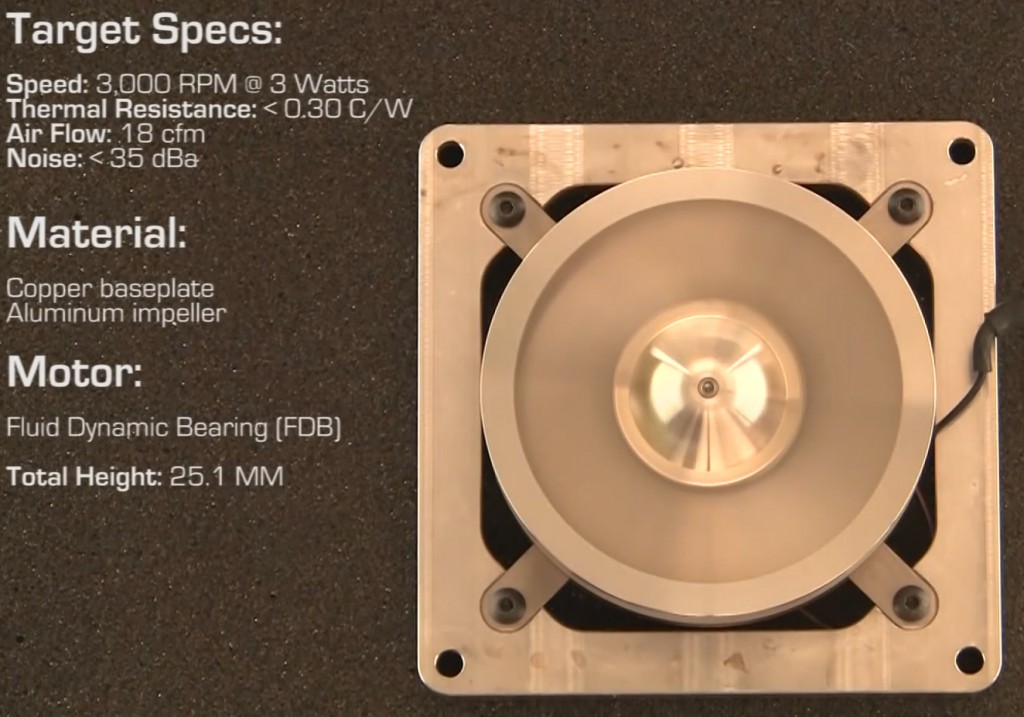 But despite of all the risks and potential disadvantages kinetic cooling technology brings, it theoretically remains a very efficient way of cooling down chips. As a result, Cooler Master and Microsoft Corp. recently got interested in the KCT, reports TechCrunch. Therefore, the tech has potential to actually make it to real products.

KitGuru Says: Using a fan as a heatsink seems to be a nice idea in general. However, a micron gap between the fan and the baseplate seems like a very unreliable thing. While it is possible to widen the gap, too much air between the metals means that efficiency will get worse since air is not a good conductor. All-in-all, the time will tell whether kinetic cooling technology makes sense or not. 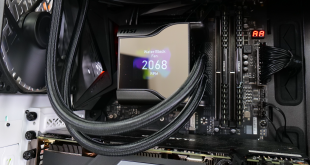