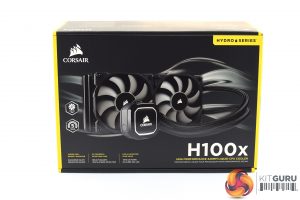 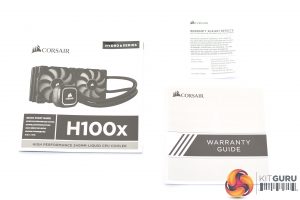 Just like any other Corsair product released over the last few years, the H100x ships in a black box with yellow accents. A large image of the cooler itself is visible from the front.

Inside, users are greeted by the installation manual and two warranty guides. 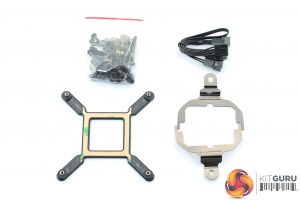 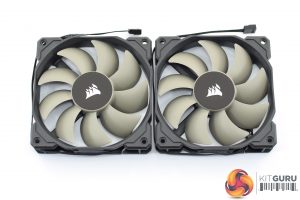 There’s also all of the necessary installation hardware, however all the screws come jumbled up in a single bag which isn’t ideal.

Given the H100x is a 240mm liquid cooler, we get 2x 120mm fans in the box. These are from Corsair’s SP (static pressure) series and have the characteristic off-grey fan blades that we have come to expect from Corsair liquid coolers. 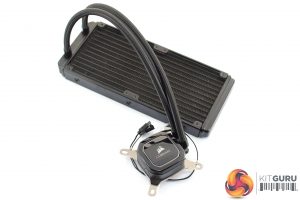 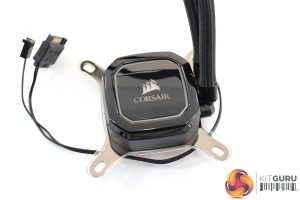 The cooler itself is pretty standard looking, though the first thing I noticed was the radiator sports the same rounded edges as some older designs, whereas the more recent H115i Pro and H150i Pro are much more square-looking. The radiator dimensions are as follows: 275mm x 120mm x 27mm.

Despite the fact that the cooler is manufactured by CoolIt, Corsair has still been able to keep the cosmetic pump housing design as those coolers mentioned above. It is worth noting, however, that the H100x is not an RGB cooler – the pump glows white and white only. Lastly, the pump is powered by a SATA connector, while there is also a 3-pin connector for measuring the pump’s RPM. 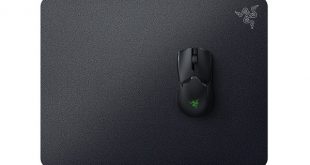