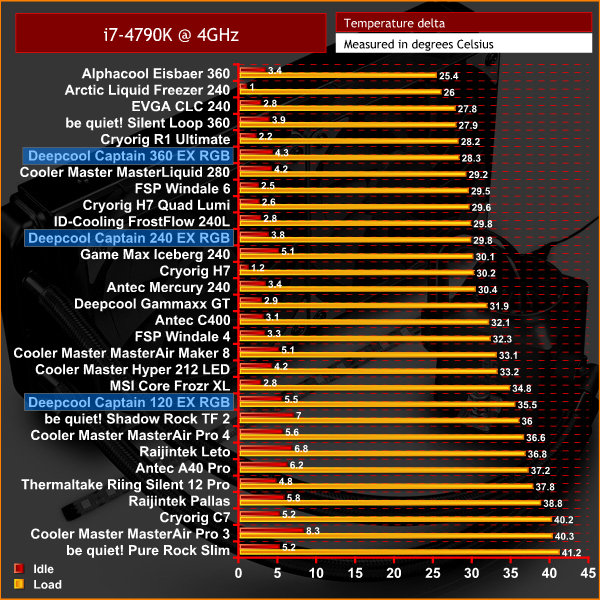 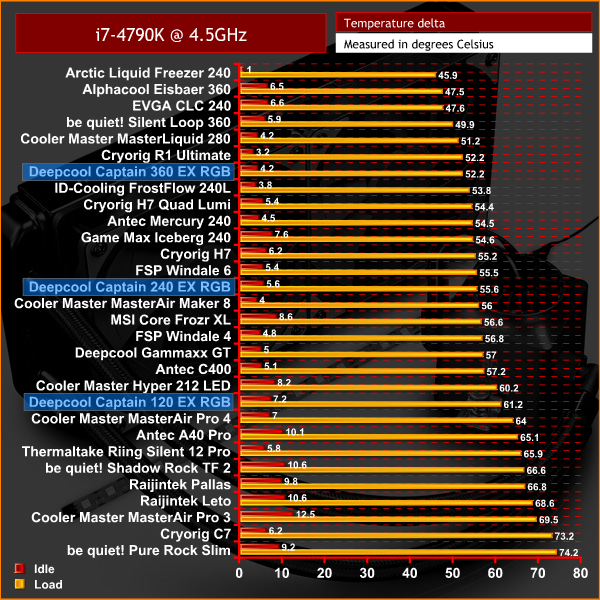 I must admit, overall performance of the three Captain EX RGB coolers is a bit disappointing. The 240 EX RGB is very average at stock clocks, but with an overclocked CPU it recorded the highest delta temperature of any 240mm liquid cooler we have tested.

The 360mm model does fare better – as we would certainly hope – but even for a 360mm liquid cooler, it is still bettered by a number of 240mm models which is not ideal.

Lastly, the 120 EX RGB definitely struggles to the point where even a fairly basic air cooler manages to outperform it.

The upside of the relatively lacking thermal performance is acoustics. Neither of the three coolers I tested were noisy – in fact, all three were relatively quiet compared to the competition. Even when running an overclocked CPU at 100% load, I got the distinct impression that the fans were ‘holding back’ and not running full pelt. This is obviously good if you want a quiet system, but the cost is definitely thermal performance as we noted above.