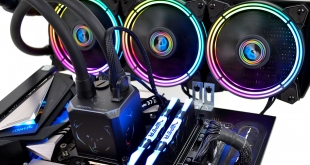 Alphacool has offered its Eisbaer all-in-one CPU coolers in various forms over the years and has just released a brand-new version. The new Alphacool Eisbaer Aurora series provides a few new features over the previous versions and now includes RGB lighting areas on both the fans and the CPU block, to give it a more up to date and stylish appearance.

The standard G1/4” fittings that Alphacool use to assemble the Eisbaer AIO have been updated in the new Aurora series and now include fittings from the company’s Enterprise Solutions range. The tubing has seen a rework too, the Eisbaer Aurora includes TPV tubing which is more durable than PVC hoses used in the previous Eisbaer models. 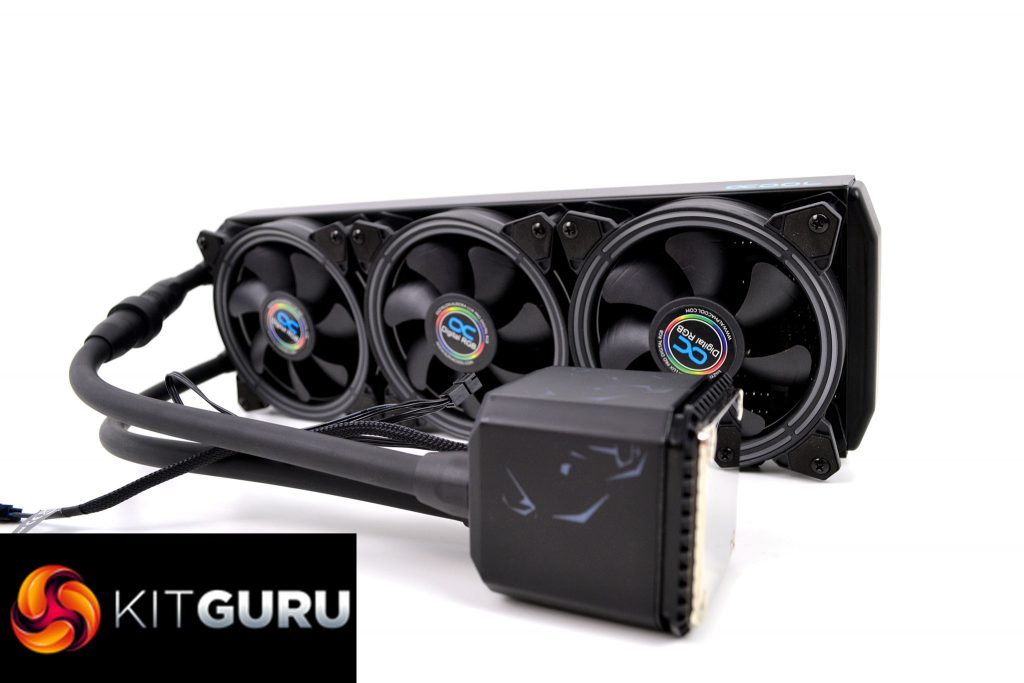 As well as being illuminated in 5V digital RGB lighting, the Pump housing features a new aesthetic design with an Eisbaer logo and a new DC-LT pump uses a 6 pole motor to ensure the Eisbaer operates quieter compared to previous versions, this also increases pump performance by 10%. The transparent nylon expansion tank inside the pump housing remains the same and can be topped up with coolant if necessary, via a fill port on the top of the housing.

Probably the most noticeable visual change to the latest iteration of the Eisbaer all-in-one CPU cooler series is the addition of RGB lighting to the included fans. The original Eisbaer series used plain-looking black fans, the Eisbaer Aurora is equipped with Alphacool Eizyklon Aurora LUX fans that are fully illuminated with addressable RGB LED rings around the fan frame.

A feature that is common of all previous versions of the Eisbaer series, which is retained in the Aurora range, is the Quick release coupling in one of the tubes. This makes the system expandable so a GPU block or additional radiator can be added into the system at a later date if required, making the Eisbaer the next best thing to having a custom water-cooling loop but with a simplified installation process.

Alphacool has provided us with a sample of the Eisbaer Aurora 360 that features a 360mm copper radiator with three 120mm fans. The Alphacool Eisbaer Aurora series is available to purchase now with the 360mm version priced at around £135, which is very competitive compared to other all-in-one CPU coolers of this type.