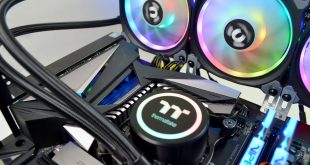 While you may know Thermaltake for its series of eye-catching and often outlandish cases, the company also manufacturers a range of liquid coolers as well. The product in question today, the Floe DX RGB 360 Premium Edition, is a new top-of-the-line AIO with plentiful RGB lighting and even support for Amazon Alexa. Is it worth the £219.99 asking price?

Thermaltake’s brand-new Floe DX 360 RGB All-In-One liquid cooler may not present extreme visual design characteristics that we have come to expect from Thermaltake, but can it top our charts for raw cooling performance? After all, this is the real purpose we buy and use All-In-One coolers, right?

There are plenty of features packed in to the Floe DX 360, including fully customisable addressable RGB lighting with a software-controlled digital RGB module, high static pressure Ring Duo TT Premium RGB PWM fans, alongside Windows and mobile app software. And It can even be voice controlled! 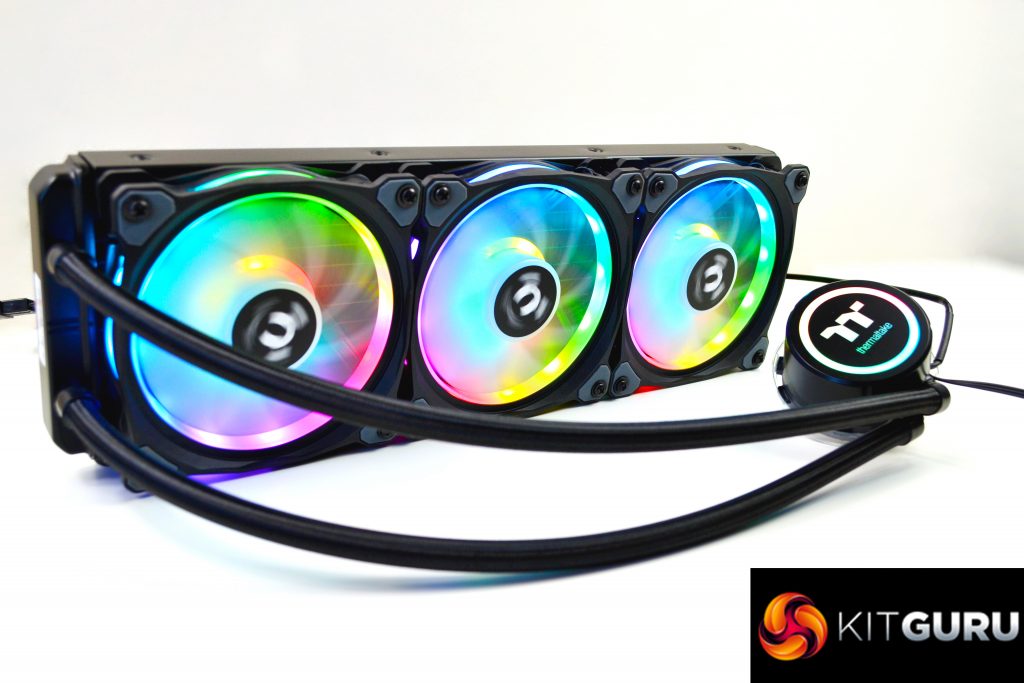 A latest 6th generation Asetek pump is used within the Floe DX 360 with rotating side entry tubing, and quality copper micro channel cold plate with an aluminium radiator design. The tubing looks to be a good length at approximately 390mm. The same can be said for the cables connecting the fans and pump.

The Thermaltake Floe DX 360 RGB TT Premium Edition will set you back £219.99 in the UK and will be available to purchase from today at online retailers. This places it in the top pricing tier of 360mm All-In-One coolers, which will put it in direct competition with the likes of the NZXT Kraken X72 360 and ASUS ROG Ryujin 360 .