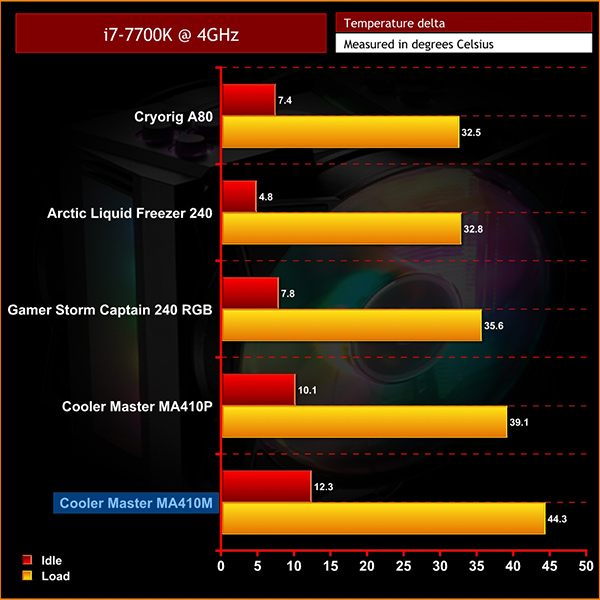 It’s a little disappointing to see that the MA410M performs worse than its cheaper counterpart, the MA410P. 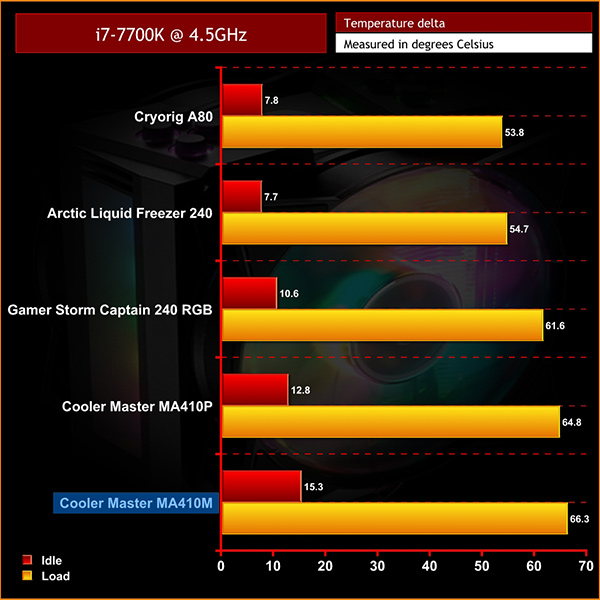 When overclocked, the same trend is displayed – compared to the MA410P performance isn’t great, with temperatures a few degrees higher in both instances. 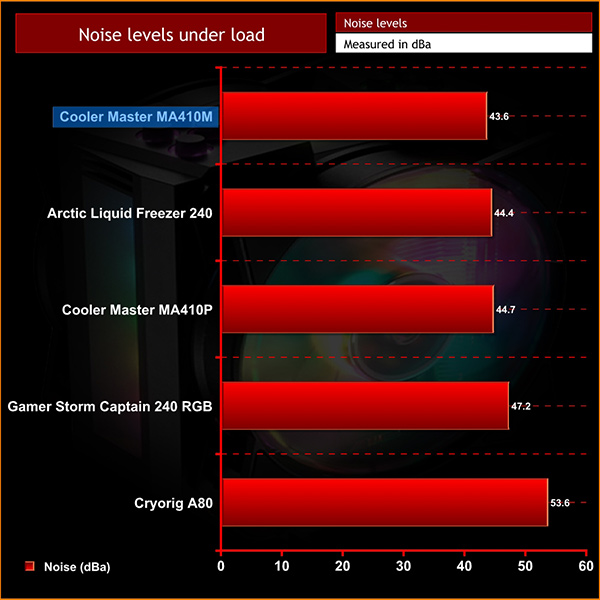 Noise levels, however, do show the MA410M to be one of the quietest coolers we have tested on the Z170 platform which is positive. This suggests that the fans are running at slower speeds which may be affecting heat dissipation, but providing lower audible noise. When looking at the fan specification for both the MA410M and MA410P it does appear that the single fan provided with the MA410P offers higher airflow and increased static pressure, with the fan operating at a higher RPM as well, compared to both fans included with the MA410M.