Advanced Micro Devices this week confirmed that it plans to start volume shipments of its first 64-bit ARMv8-A-based Opteron microprocessor code-named “Seattle” in the second half of this year, which represents a massive one year postponement. The reasons of the delay are unclear, it is also unknown whether AMD has lost any revenue opportunities because of it.

“We continue to sample Seattle and customers are continuing to develop both systems and software,” said Lisa Su, chief executive officer of AMD, in the company’s quarterly conference call with investors and financial analysts. “Relative to the production ramp for volume shipments, I think we will see that in the second half of this year.” 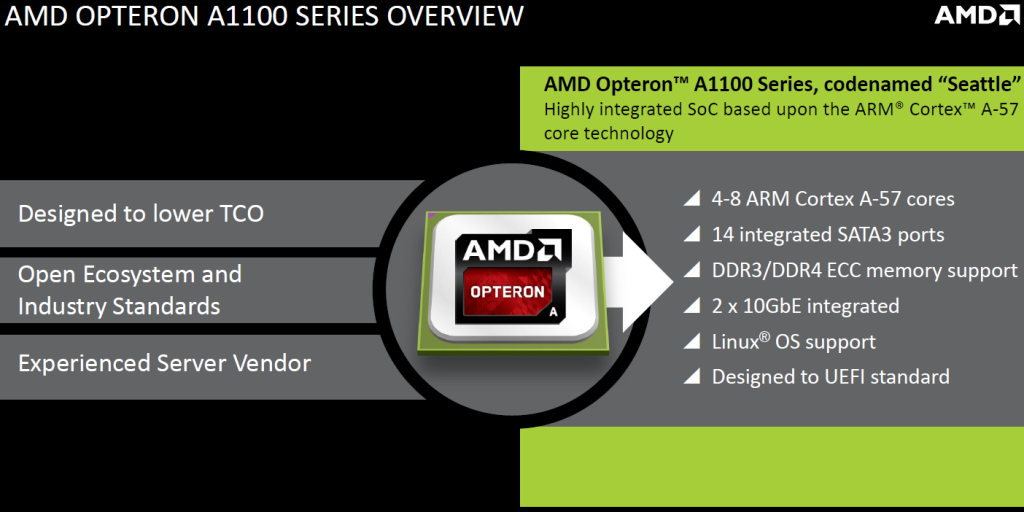 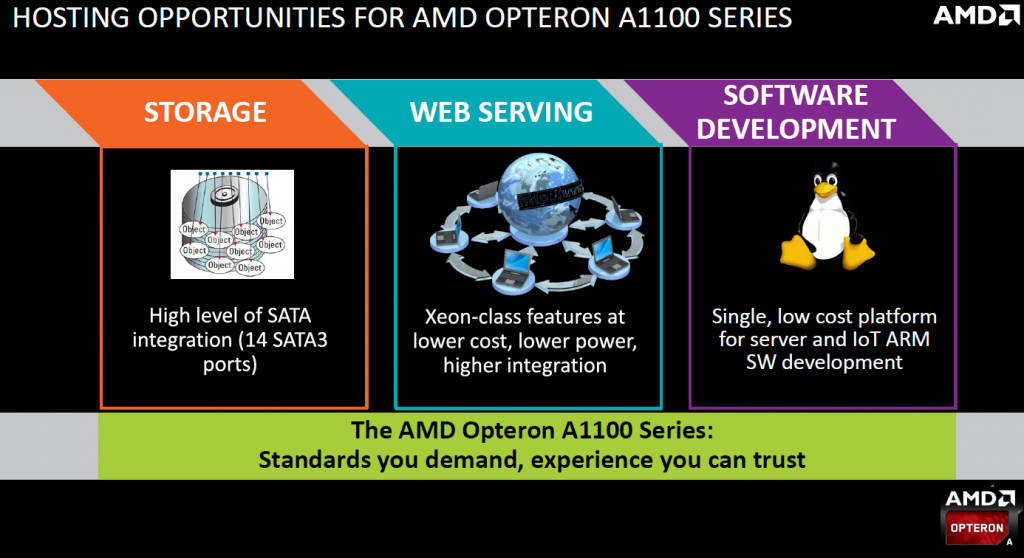 Originally, AMD planned to ship its Opteron A1100 “Seattle” in the second half of 2014. However, in mid-2014 the company only started to sell “Seattle” software development kits to interested parties. So far only MicroStar International (MSI), SoftIron and Wiwynn (a division of Wistron) expressed interest in making servers based on the Opteron A1100. Still the chip is probably evaluated by all owners of hyperscale cloud datacenters, such as AWS, Google, Facebook and other. Those, who plan to deploy the AMD Opteron A1100, need to develop appropriate software first because the vast majority of server apps today were designed to run on microprocessors featuring x86 architecture. 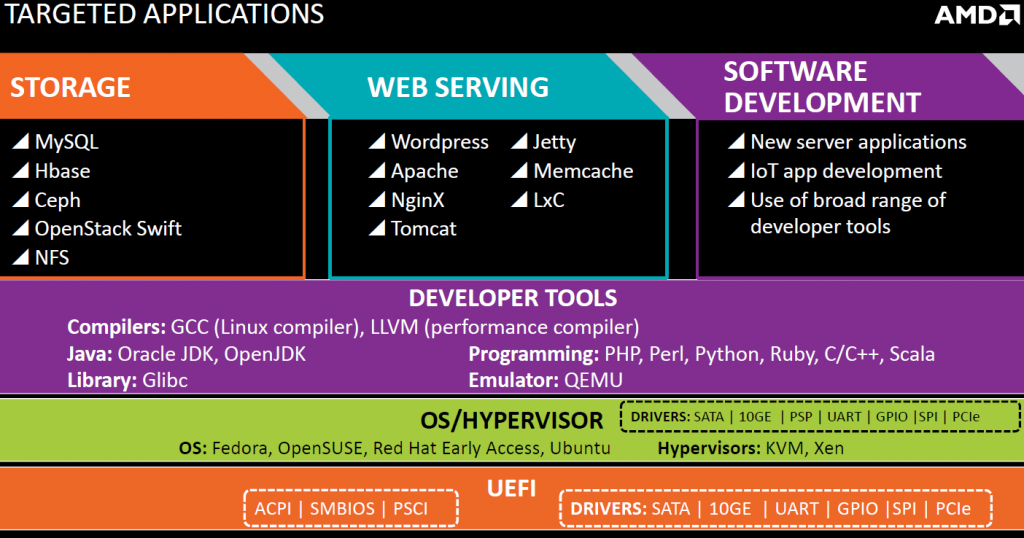 Since software development typically takes a long time, demand for AMD’s “Seattle” processor today may be negligible, which is why the company does not initiate high-volume manufacturing. Nevertheless, while “Seattle” may not be needed by the market today, the big question is whether it will face massive demand in the second half of the year from the server makers given availability of competing solutions in the 2H 2015. 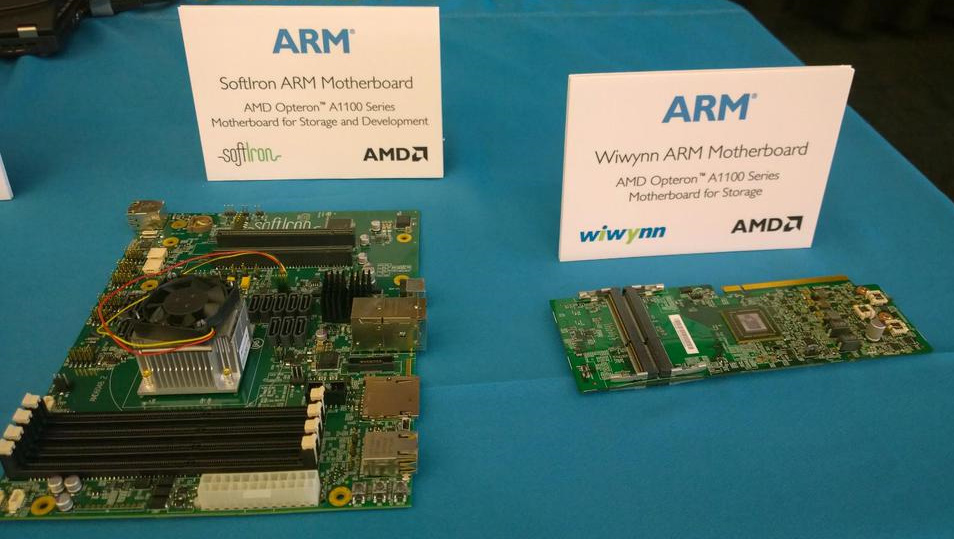 KitGuru Says: It looks like the AMD Opteron A1100 “Seattle” will be mostly a software development vehicle that will hardly be deployed widely. It is highly likely that successors of the “Seattle” will not only feature more cores, but also a lot of special-purpose hardware (i.e., accelerators) and custom logic for particular customers.